7 Best Performances of Rik Mayall as a Tribute to a Comedy Great ... 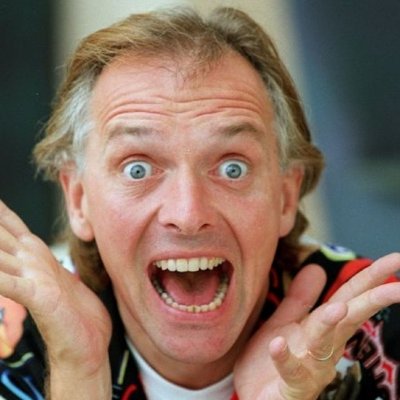 On June 8th 2014, we received the news of the death of a great British comic, and so I’m bringing you some of the best performances of Rik Mayall as a mini tribute to him. He may not be that familiar to many of you but to us Brits, he was at the vanguard of the new wave of comedy in the ‘80s, appearing regularly with his long time comedy partner Ade Edmondson and alongside such luminaries of British comedy as Stephen Fry, Hugh Laurie, Ben Elton, Dawn French and Jennifer Saunders. He forged a career playing manic, mad characters that always made us laugh. Here are some of the best performances of Rik Mayall.

As the Dangerous Brothers, Rik Mayall and Ade Edmondson brought us truly anarchic slapstick comedy. Like many of the best performances of Rik Mayall, the characters of Sir Adrian Dangerous and Richard Dangerous were low life, pervert losers. Mayall’s character always thought himself to be intellectually superior and Edmondson always responded to any problem or issue with violence. They simply descend into utter chaos.

As Drop Dead Fred, Hollywood gave Rik Mayall free reign to unleash his craziness on the big screen. Drop Dead Fred is the imaginary friend of Lizzie. Lizzie grew up, confining Drop Dead Fred to a music box. A period of stress brings DDF back into her life – her adult life. Can Drop Dead Fred get Lizzie into any more trouble as a grown up than when she was a child? You betcha! I read somewhere that there was to be a remake of Drop Dead Fred – all I have to say about that is NO!

Rowan Atkinson was undoubtedly the star of Blackadder, but I was really surprised when I was writing this to find that Rik Mayall’s character – Lord Flashheart – had only appeared in two episodes. He stole the show both times. Even though he was on screen both times for about three minutes each time, those times are precious and priceless, and funny.

Bottom was a comedy series that was essentially an extension of the Dangerous Brothers. Richie and Eddie live together in a rat hole. It’s so bad even the cockroaches left. I’d like to say it’s a story of everyday folk, two friends sharing life’s trials and tribulations in a dingy flat. But no, we’re talking Rik Mayall and Ade Edmondson. Everyday folk? I think not. In this classic episode the flatmates have an “altercation” with a gas man. What this clip doesn’t show is what they did with the gas man after they beat him with the frying pan. They stuck him to the ceiling with about 50 yards of Scotch tape!

In recent years we’ve enjoyed some excellent shows about politics but nothing quite like The New Statesman. Easily one of the best Rik Mayall characters is Tory politician Alan B’Stard. B’Stard encapsulates every single undesirable feature a politician really shouldn’t have. He’s a self- promoting, egotistical, slimy, perverted, discompassionate, conniving and disingenuous creep. The one characteristic he has that other politicians don’t – he’s hilarious!

If you want to watch something that is laugh out loud ridiculous, Kevin Turvey is your man. There’s a distinct British edge to this character that not everyone will appreciate, but let me tell you that the accent truly is on the money for the area of the West Midlands known as the Black Country. Kevin Turvey was an investigative journalist but as he very rarely left his home town of Redditch – in case he missed a chance to meet with his crush, Theresa Kelly – you will understand that his in-depth exposés had as much depth as a car lot puddle.

When The Young Ones first landed on our TV screens in 1982, it was really the very first time that parents realized there was a generation gap when it came to “yoof” culture. I remember how my friends and I couldn’t stop talking about it while our parents were incredulous that we could even bring ourselves to watch it. As Rick (said with a slight lisp so it sounded like wrick), Rik represented the voice of the disaffected youth in Thatcher’s Britain. Unfortunately, he was a heartily unlikable character, ineffectual and spineless, a man of words and no action. And, completely delusional, thinking he was God’s gift to the world and women. Even though The Young Ones was early in his career, Rick will always be one of the best performances of Rik Mayall.

Rik Mayall made a massive contribution to British comedy at a significant time. He leaves a fantastic legacy that made millions laugh. RIP Rik! What will you remember best about him?