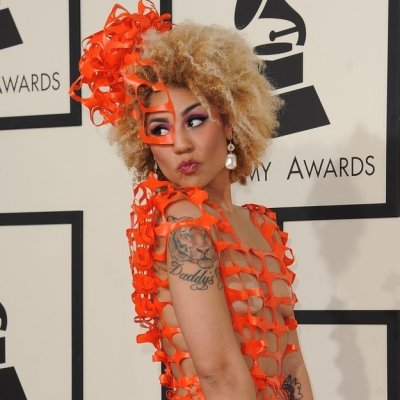 Celebrities want to be noticed, and it's part of the job description to wear outfits that get attention. But sometimes they're seen wearing garments that only Cher or Lady GaGa could possibly get away with. Here are some bizarre celebrity outfits that should never have seen the light of day … 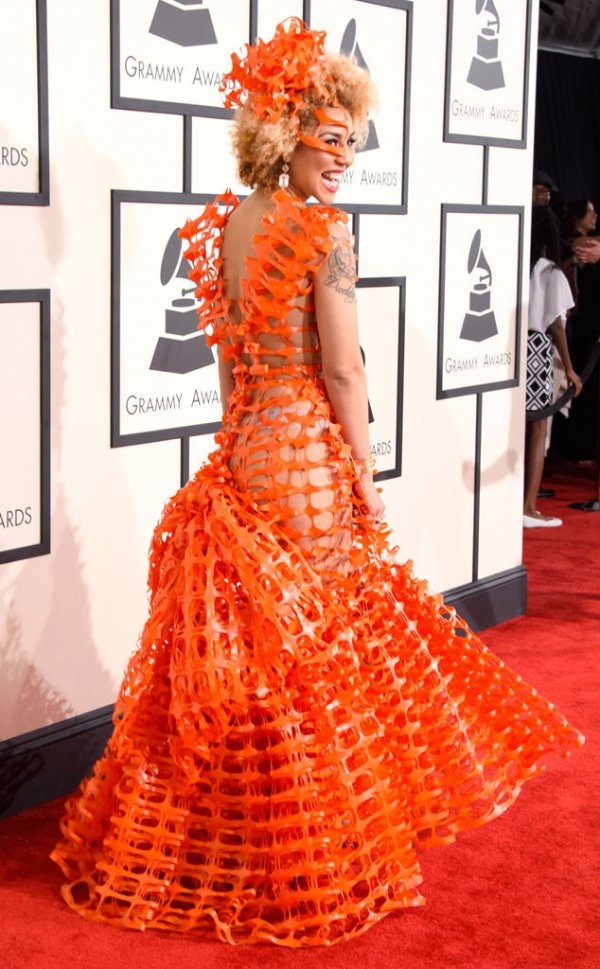 What in the name of all that's holy was Joy Villa thinking when she chose this monstrosity masquerading as a dress? That 'holey' sounded like a good idea? Yes, it actually appears that someone 'designed' a dress out of the plastic netting used to fence off construction sites and snow. She's a striking girl, and could carry off some bold outfits - but not this. 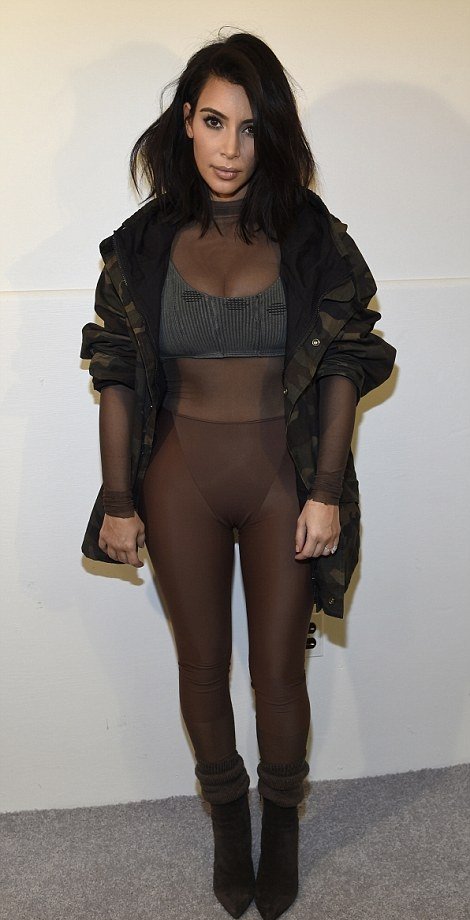 With all her money, Kim Kardashian still gets it wrong so often. And here she proves that you should never let your husband choose your clothes - if you're married to Kanye West, anyway. She looks like she's wearing pantyhose over her entire body in this appalling outfit. Kim so often doesn't dress to flatter her figure - but nobody could possibly look good in this outfit. 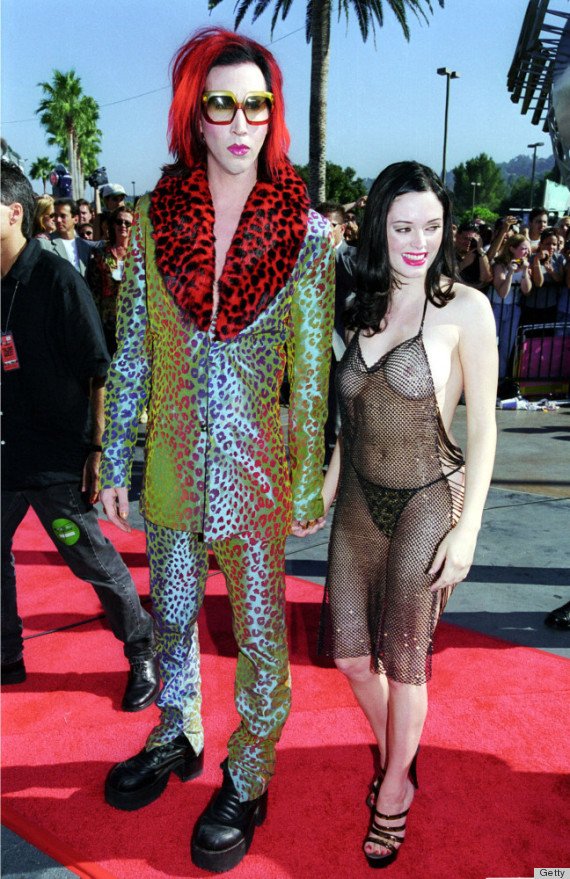 Rose McGowan is another beautiful woman, but the 'dress' she wore at the VMAs in 1998 looked like it had frayed and left her butt on display (although the front wasn't much better). It's not the kind of outfit that should be worn in public, even for an awards show. Unfortunately she paved the way for Amber Rose to wear another 'less than dress' at the same event some 15 years later. 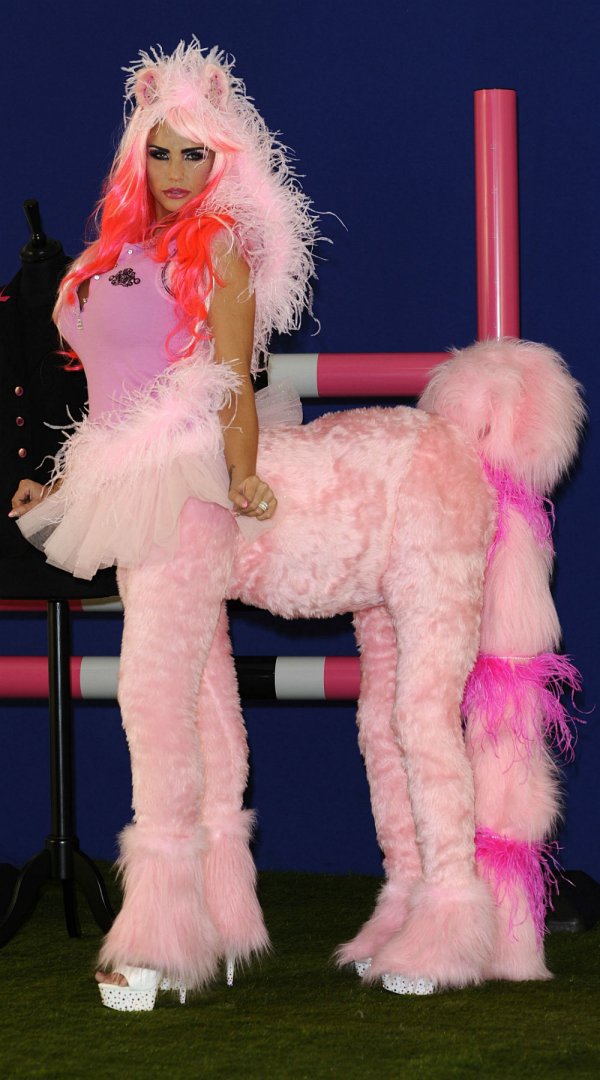 Glamour model Katie wears some startling outfits to promote her many business ventures, but outdid herself with this pink panto horse getup. That much pink should never be worn by anyone over the age of four. Still, you've got to hand it to Katie - she's not fazed by anything. 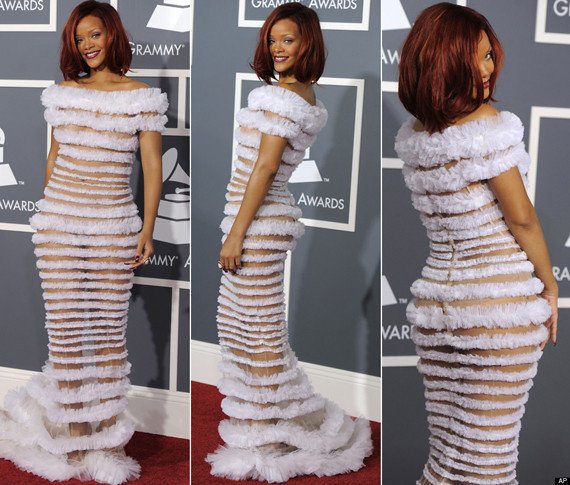 Rihanna can do so much better than this strange dress, which doesn't flatter her lovely figure. It looks like she stood still while someone piped rings of icing round her. Rihanna may not be a shrinking violet, but there's too much see-through in this dress. Giving a hint of flesh is much more attractive than showing most of it. 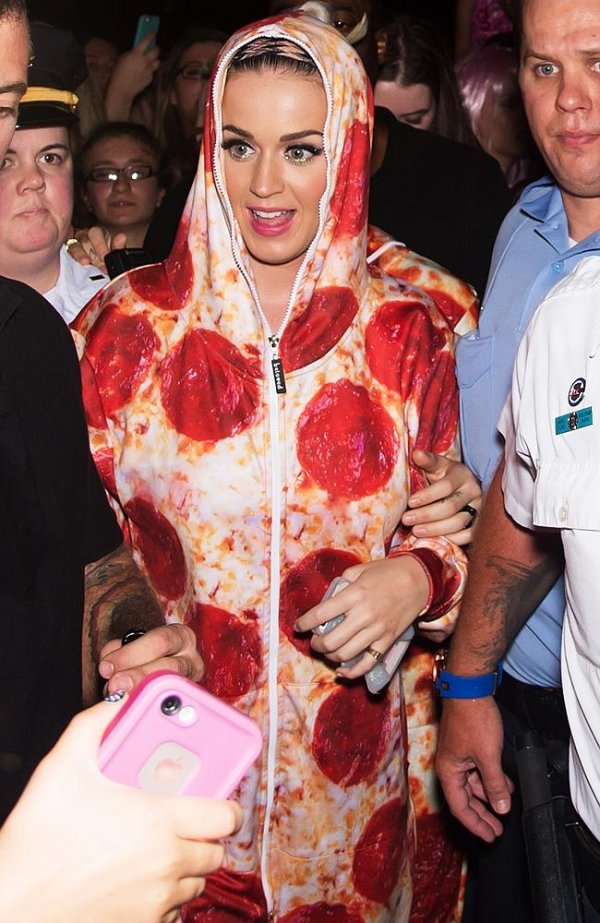 Katy Perry has a quirky style of her own, it's true. But even a quirky dresser should probably refrain from sporting a onesie in public, especially if it's made of a pepperoni pizza print. Save the onesies for the comfort of your own home. Even celebs shouldn't wear this kind of outfit in public … 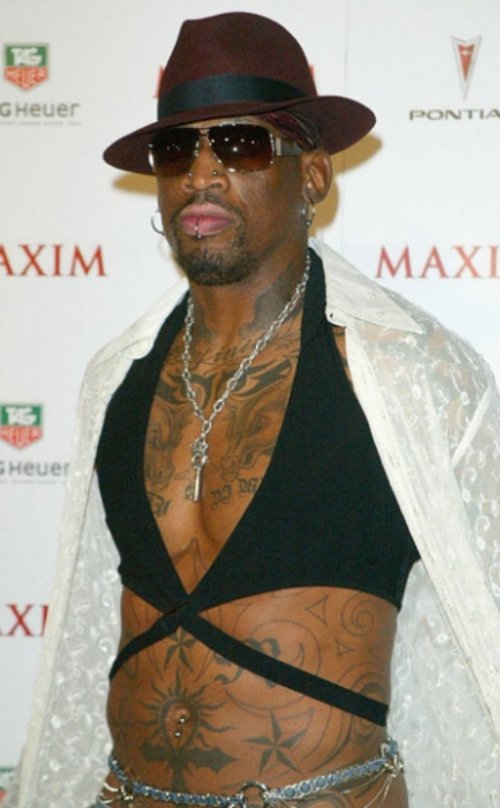 But it's not just the ladies who sometimes sport questionable sartorial choices. Male celebrities also make some dubious choices for awards shows. Ex basketball player Rodman actually wore this stripper-esque top once (maybe more .. who knows). I suppose he deserves some marks for making a bold choice of outfit, rather than a conventional tux, but I do not want to see what he was (or wasn't) wearing on his bottom half …

Do you think that celebs can wear what they like, however ridiculous it looks? Or should they wear more elegant outfits?