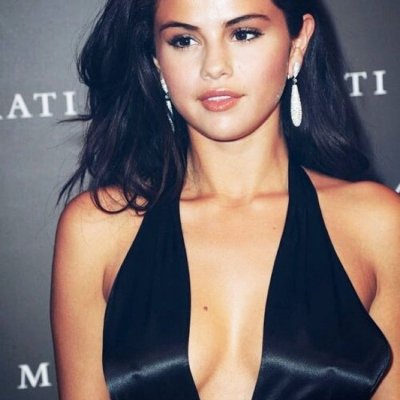 It was a big year for Instagram, especially if you were one of these people. These were the most followed people of 2015, and there Instagram feeds prove just why they were so big on Instagram! Whether you follow them for their “real-life” shots or their pictures from red carpet moments, these are the Instagram feeds you were probably checking obsessively in 2015! That’s not to say that a few of these might surprise you, either!

Taylor Swift is the most followed Instagrammer of 2015, and that’s with reason. She was constantly sharing amazing snapshots of her life, whether she was traipsing around the world on her 1989 World Tour or hanging out with her hot boyfriend Calvin Harris. No matter what Taylor Swift was doing this year, she was definitely a favorite Instagrammer of 2015!

Selena Gomez was right below Taylor Swift on this coveted list, and if you check out her Instagram feed you can instantly tell why! Between sharing cheeky snapshots of her life and stills from some of her sexiest music videos ever, it’s no surprise that Selena Gomez is one of the most followed celebrities on Instagram!

Again, no one was really surprised that Kim Kardashian is one of the sexiest Instagrammers of 2015, even if she was pregnant for a good chunk of the year! From her constant throwbacks to her flawless selfies, Kim Kardashian was a must-follow for everyone this year!

Beyoncé is a notoriously private person, but she always shares little bits of her life on Instagram. Aside from being one of the biggest superstars in the world right now, she also has a pretty enviable life, and from sharing pictures with her husband and daughter to sharing pictures from her best red carpet moments, Beyoncé definitely had a great year on Instagram!

Aside from a few hiccups in her professional and personal lives, 2015 was a huge year for Ariana Grande on Instagram. She was constantly sharing snaps that made everyone laugh, or selfies with her family (her grandma really stole the show this year!). No matter what she was sharing, people were hanging on to her every word (or should we say picture?).

2015 was a huge comeback year for Justin Bieber, and that was especially evident on Instagram. From that infamous naked shot he shared with us to his Selena Gomez throwbacks, this was the year that we all watched Justin Bieber’s Instagram intently. Plus, he wasn’t afraid to make fun of himself every now and then, which makes his Instagram even better!

This was the year that Kendall Jenner really began to rule the world as a super model, so it’s no surprise that she had one of the biggest Instagrams of 2015. She was constantly sharing gorgeous snapshots from her glamorous modeling career or just letting us into her world with her chaotic family. Considering she’s one of the biggest models of 2015, of course she was one of the biggest people on Instagram in 2015!

Who was your favorite Instagram star this year? Did any of these people make your list or was someone else your favorite? I don’t think I can pick a favorite! Let me know in the comments!