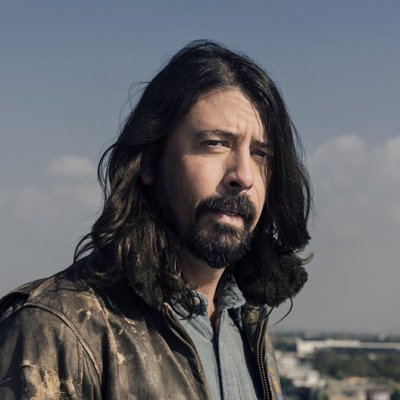 Most musicians would be satisfied with making an impact in the industry in a single band, but Dave Grohl has been talented and fortunate enough to have been in not one but two of the most important and influential rock bands the world has ever seen! Though as a teenager Dave was in a mildly successful band called Scream, it was in 1990 that he finally found his place as the drummer of grunge band Nirvana alongside iconic frontman Kurt Cobain. Nirvana became the figureheads for an entire generation of young rock music fans with hits like Smells Like Teen Spirit and Come As You Are, and they were inducted in to the Rock and Roll Hall of Fame in 2014.

After the tragic death of Kurt Cobain in 1994, Grohl formed his next band, the Foo Fighters, and over the next twenty plus years they would become one of the most successful and revered rock bands in modern music with mega hits like All My Life, Best Of You and The Pretender. During his career, Grohl has also performed on a temporary basis for the band Queens Of The Stone Age, helping them to complete their 2002 album Songs For The Deaf.

Grohl made interesting headlines in summer 2015 when, whilst performing a concert in Sweden, he fell from the stage and broke his leg. Grohl was taken to hospital but later returned to the venue to finish the concert, proving that rock and roll never dies!