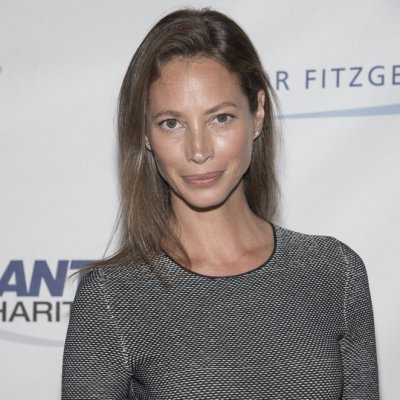 Born in 1969 in Walnut Grove, California, Christy Turlington was one of the original “supermodels”. Indeed, she was one of the model “Trinity” with Linda Evangelista and Naomi Campbell thanks to their fame and power.

She is closely associated with brands Maybelline and Calvin Klein’s Eternity, having fronted campaigns for the perfume in 1989 and 2014.

Although the height of her career as a model favored by top designers was in the late 80s and early 90s, Christy was included in Time’s 100 Most Influential People of 2014.

Her place on the list is not just due to her modeling prowess. In 2010, Christy founded Every Mother Counts, a non-profit organization with the aim to make pregnancy and childbirth safe for every expectant mother. The idea came after the model had directed No Woman, No Cry, a documentary about pregnant women and their caregivers in Guatemala, Tanzania, Bangladesh and the US. This was followed by another documentary, Every Mile, Every Mother, which highlighted how distance is a barrier to many women receiving quality care.

Recently, Christy was one of the initial product testers for the Apple Watch, using it to train for a marathon.

These days she continues to be an activist for the improvement of women’s health. She keeps herself looking fantastic with yoga and marathon running.

Interesting trivia: She has appeared on more than 500 magazine covers in her career.

Happy Birthday to you too, if you were born on January 2nd. Here’s who else you share your birthday with: