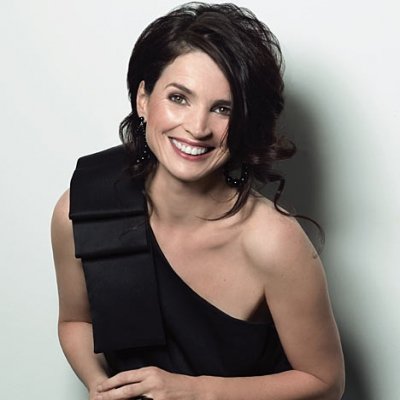 Julia Ormond was born on January 4 1965 in Epsom, England.

She may be a British actress but she is very familiar to US audiences having appeared in a number of successful movies and TV series.

Her first job was a UK TV series and she performed in a few movies but her breakout role came in 1994 when she starred alongside Brad Pitt and Sir Anthony Hopkins in Legends of the Fall. This was followed by First Knight, Sabrina and Smilla’s Feeling for Snow and various other movies. Her next major role, once again with Brad Pitt, was in The Curious Case of Benjamin Button.

Since Benjamin Button however, Julia has become a much more familiar face on television. We’ve seen her in CSI:NY, Nurse Jackie, Law and Order: Criminal Intent, and The Witches of East End. The switch to TV has been successful. Julia was nominated for an Emmy for her performance in Mad Men and the Emmy for her performance as Eustacia in Temple Grandin.

Happy Birthday to you too, if you were born on January 4th. Here’s who else you share your birthday with:

Louis Braille – Inventor of writing/reading system for the blind. Born 1809