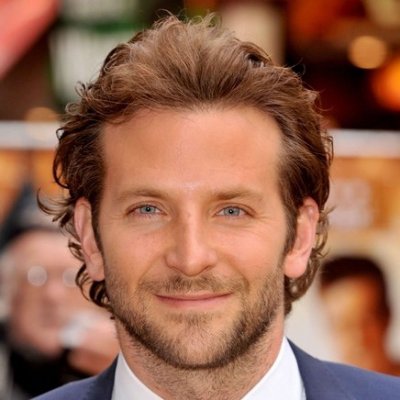 Bradley Cooper was born on January 5 1975 in Philadelphia, Pennsylvania.
He is among the most successful actors currently working in the movies and his position at number 4 in The Forbes List of the Highest Earning Actors in 2015 is testament to his success. His rugged good looks and piercing blue eyes are certainly no hardship either. And he’s best buds with another hottie, Gerard Butler.

Eagle –eyed viewers would have spotted Bradley’s Cooper’s first TV role – a bit part in Sex and The City in 1999. How far he’s come since then. He’s got a menu of successful TV series – Touching Evil, Jack and Bobby, Kitchen Confidential, Alias, and Nip/Tuck but he’s now most definitely a Hollywood A-Lister.

Let’s see – The A-Team, Limitless, The Hangover, Silver Linings Playbook, American Hustle, Guardians of the Galaxy and American Sniper are on his roll of honor. And the latest surefire hit to land in cinemas is Joy, where he once again works with Jennifer Lawrence with whom he starred in Silver Linings Playbook. According to IMDB he is currently working on Honeymoon with Harry, alongside Robert De Niro.