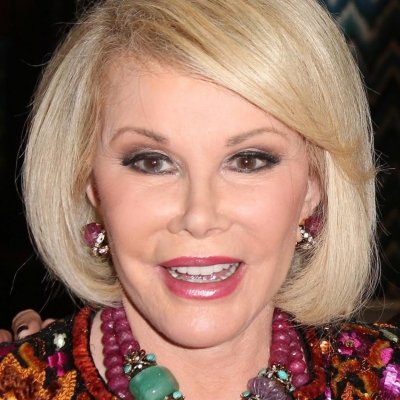 Controversial comedienne and queen of snark Joan Rivers had a serious scare today while at an outpatient clinic, where she was having surgery done on her vocal chords. During the procedure, the 81-year-old host of Fashion Police actually stopped breathing, and as a result she went into cardiac arrest. She was rushed to New York's Mount Sinai Hospital.

Though she was initially listed as being in critical condition, she has since been upgraded to stable. Some outlets are reporting that she's in a medically induced coma, but there's no definitive proof. The most up-to-date news points to her stabilized condition, and since her daughter Melissa was en route to be with her mother this morning, it's a sure bet that she's with Joan now. The procedure at the outpatient facility may well have had something to do with the spot doctors found during an X-ray in 2013, which the Rivers women allowed to air on their show, “Joan & Melissa: Joan Knows Best.”

Though Joan Rivers is certainly a polarizing figure, she's also an institution in the comic sphere, and is definitely well known for always speaking her mind. We wish her the best of luck and the speediest possible recovery, and I'm sure you'll join us in sending positive thoughts to Joan and her family.