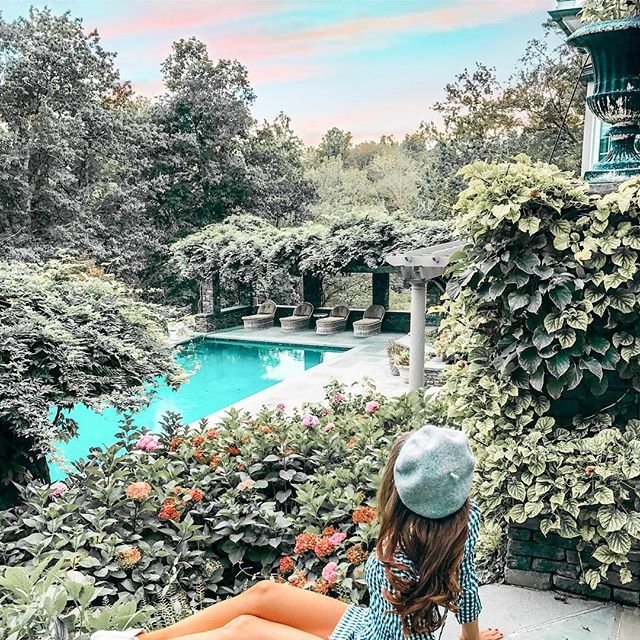 As the idea of feminism remains one of the most controversial topics in modern society, I find myself being humbled at the thought of people who never hesitate when uttering quotes supporting feminism. The term "feminist" seems to carry a social stigma today, a fact which saddens me as women's rights should be a globally accepted concept during this day and age. Despite this flaw, it is exciting to see more celebrities taking to the airwaves in order to make their views on this issue clear. When reading these quotes supporting feminism, keep in mind the idea of a world where both women and men would not have to identify themselves as feminists – it would just be another truth.

Singer Madonna is known for her exuberant nature and (what some perceive as) abrasive behavior. Regardless of your opinions on Madonna, this pioneer of American music has made it no secret that she is not only comfortable in her own skin as a woman, but feels that you should be free to 'express yourself' as well. Disregarding puns for the moment, when I stumbled upon the lyrics of Madonna's song "What it Feels Like For a Girl," I immediately filed them under my list of quotes supporting feminism. "Girls can wear jeans and cut their hair short, wear shirts and boots cause it's okay to be a boy. But for a boy to look like a girl is degrading cause you think being a girl is degrading." In the introduction of this song, Madonna first incorporates these few lines from the movie Cement Garden, and then begins to expand on the topic at hand. Both the lines from the movie and the song manage to successfully address the double-standard that I often see in society today: Women are expected to display feminine qualities because that is the role that their gender has supposedly assigned to them. I find it awe-inducing that Madonna felt so strongly about this sexist misconception that she decided to broadcast this message in a way that would be sure to reach anyone willing to listen.

Frustrated by constantly being labeled as a hipster, quirky and girly, Zooey Deschanel took the media world by storm by exclaiming to Glamour magazine: I want to be a [freaking] feminist and wear a [freaking] Peter Pan collar. So [freaking] what? I have noticed that Deschanel has been forced to be on the defensive in interviews in order to fight the stigma placed on her for the roles she stars in, including FOX's hit comedy New Girl. This obsession with the idea of the "manic pixie dream girl" is completely degrading and misogynistic. This concept simply seeks to turn a living human being into an one-dimensional/fictional character. Zooey Deschanel is not the characters that she plays; there is a woman behind the mask.

One of the lesser known facts about Zooey Deschanel is that she has always been an advocate for female empowerment. At the age of 17, Zooey submitted a letter to Vogue magazine (the cover of which she has never graced) questioning them on the merits of convincing young girls that there is a certain beauty "ideal" that they should strive to achieve. "Beauty should be something that is celebrated and something that is enjoyable, not something that people should feel uncomfortable about achieving. Most of the women, and certainly most of the adolescent girls, in the United States do not feel completely secure with themselves, especially with their appearance; is insecurity something you want to advocate? As American women, we don’t need discouragement, but inspiration." I was happy to see that even in her youth, Zooey Deschanel – a strong woman that I truly admire – never wasted a moment to inspire women everywhere. Regardless of the unnecessary criticism it sometimes brought, Zooey has never been afraid to be herself and to fight for what she believes in.

4 Louise Brealey – Men Are Feminists, Too!

I always find myself wanting to lightly cyber-tap the person who always has a witty comeback at the mere mention of anything having to do with gender roles and tell them that being a feminist has nothing to do with being a woman or hating men. I'm sure we all know this person whose highlight of the day includes making poor statements and internet memes on the levels of "Rawr, rawr where's my sandwich?" Is it sad that I am so used to reading and hearing these types of comments that I reduce anything these people say to dinosaur talk? It is highly possible to be a feminist and a man! In fact, Louise Brealey, who plays Molly Hooper on BBC's Sherlock (one of my favorite adaptations of the Sherlock Holmes adventures), once stated «"Seriously, though, I'd like every man who doesn't call himself a feminist to explain to the women in his life why he doesn't believe in equality for women." After reading her interview with The Observer, I found myself wanting to bow down in awe of her glory and greatness for this admittance! I like to think that the people who refuse to accept this fact must be from the Dark Ages.

Singer Beyoncé Knowles-Carter is known for her confidence, her songs that often celebrate and empower women, as well as her intricate dance style. I believe that she is a great addition to this story of feminism and female empowerment. More specifically, a lot of her lyrics center around a woman fighting to break through the mold that society places on her. In her hit single "If I Were a Boy," as well as in the video accompaniment, you will notice that Beyoncé exudes what is immediately labeled as male qualities by the media; in a twist, she becomes the male in the relationship by being distant towards her partner. I often found myself nodding along to her for being bold enough to show how close-minded people can be in the line "I'd kick it with who I wanted and I'd never get confronted for it [because] they'd stick up for me." Why does society automatically assume that being a woman means that you are required to be gentle, loving and must dote on your significant other? While these are admirable qualities, it does not mean that it is for everyone. I consider myself to be one of the nicest people around, but I doubt that it has anything to do with my genetic make-up!

6 Ellen Page – the Face of Feminism

"I call myself a feminist when people ask me if I am, and of course I am 'cause it's about equality, so I hope everyone is. You know you're working in a patriarchal society when the word feminist has a weird connotation." This next celebrity does not hesitate to put the critics in their place with these encouraging words. Unsurprisingly, Ellen Page's convictions to her views have caused her to be renowned as the face of feminism. It is clear to see from the way she portrays each of her roles (i.e. Juno) that she is a natural-born leader; as a woman, society should not find anything wrong with that. I await the day that college courses will incorporate aspects of her advocacy into their lectures! Let's face it: Who wouldn't want to do a research paper describing the various ways that Ellen Page rocks?

I feel that this list would not be complete without a quote from John Legend. His boldness/confidence in working alongside female artists makes him one of my favorite artists to read about – It also doesn't hurt that he is one of the most attractive men on Earth! "All men should be feminists. If men care about women's rights, the world will be a better place." As an ambassador for Chime for Change, an organization that promotes equal opportunity for women, he supports the idea that women should be able to have the same rights that women do. His ambition and commitment to this issue is reminiscent of the words uttered by the Dalai Lama, "I call myself a feminist. Isn't that what you call someone who fights for women's rights? We all come from the same mother. That creates the basis for compassion."

Am I the only one that has noticed that some of the most popular questions that an interviewer will ask a female celebrity either center around their sexuality, when they are expecting to have children or how much weight they've gained/lost? Well, Anne Hathaway not only took note of this but decided to fire back mid-interview - in a completely respectable way, of course! If you've heard of this interview, you'll know that Hathaway was goaded by Matt Lauer into giving a statement on her feelings toward being "up-skirt" photographed by the paparazzi when arriving to the Les Miserables premiere: Well, it was obviously an unfortunate incident... It kinda made me sad on two accounts. One was that I was very sad that we live in an age when someone takes a picture of another person in a vulnerable moment and, rather than delete it, and do the decent thing, sells it. And I’m sorry that we live in a culture that commodifies sexuality of unwilling participants, which brings us back to Les Mis, because that’s what my character is—she is someone who is forced to sell sex to benefit her child, because she has nothing and there’s no social safety net." This response is the complete embodiment of feminism! As a human being, it was more than just poor judgment for the photographer to not only sell that picture but to take it in the first place! If she was not famous, would the photographer have been given the same praise for being able to catch Hathaway in such a vulnerable moment?

As a full-figured woman, is it weird for me to be surprised that women are constantly being defined by their pants-size? It almost seems like it is a part of the human condition to criticize people based on how much they've lost or gained. The last quote in this collection comes from one of my favorite actresses, Jennifer Lawrence. I've never understood the amount of criticism that Jennifer got for being cast as Katniss Everdeen in The Hunger Games. In almost every interview that I've read (and cut out because I secretly think that Jennifer Lawrence is my imaginary best friend and spirit animal), the topic of her weight is always brought up. "In Hollywood, I’m obese[...] I’m never going to starve myself for a part. I don’t want little girls to be like, ‘Oh, I want to look like Katniss, so I’m going to skip dinner." I admire Jennifer Lawrence for having the guts to stand up and say that she is not going to allow herself to be molded by society's twisted standards! All women are beautiful, no matter what shape or size!

Whether it is because the pressure to be a loving wife, an obedient daughter or even a female sidekick to a male protagonist, the point that these celebrities are trying to make is that women should not have to be type-cast into one role. Women should be loved for being different, for fighting society's expectations of what they should do with their femininity, for being themselves. I know that it is a major let-down to hear the preconceived notions people have about how females should behave but I do believe that there is still time to change these views! Do you know any other famous quotes supporting feminism?