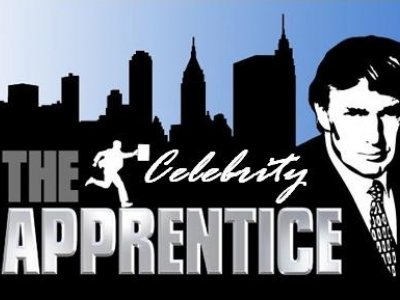 When The Apprentice and The Celebrity Apprentice first premiered, I watched both shows all the time – I have no idea why. Over time, however, I stopped; I flat out resisted the temptation. This season, however, after years of freedom, I got pulled right back into the whole trainwreck mess. I was so confused! I'm not the hugest fan of Donald Trump in the first place, and the premise of The Celebrity Apprentice is just kind of sad, because it hardly ever ends up being about the charities. So I got to thinking about what's wrong with me, and came up with some of the reasons Celebrity Apprentice keeps pulling me in.

If y'all know me at all by now, you know I love TV drama. I'm glad not to be involved in it, but watching it is awesome. It makes me laugh and feel supremely uncomfortable at the same time. That is one of the main reasons Celebrity Apprentice keeps pulling me in – it's extremely awkward this season, all the way around.

I am not a huge fan of the Donald, and as I watch the show, I'm trying not to focus on his ploys to be President, which scares me mightily. I can't even think of what would happen to the world at large. But on the show, in the boardroom, I love how he gets away with everything just because he's in charge. Like, he gives Lisa Rinna the most backhanded compliment ever about her lips … and then fires her rotten.

Beyond her singing and her stint as a “psychic friend,” I'm not hugely familiar with Dionne Warwick. I just thought she was a nice diva in her dotage. Um, no. She was seriously snarktastic on this show, and I think she took advantage of her age; it's like she was daring anyone to step up to her. If she called me a hussy, though, man, I don't care how old you are. That is not done. I also loved her interactions with the marvelous Marlee Matlin. Marlee's poor facial expressions!

This season, the tasks are actually interesting. They're not just being forced to sale a bunch of stuff. So, you get to see celebrities out of their natural environments. Making pizza? For real? I'm maybe really mean, but seeing Dionne Warwick get confused while playing cashier was funny – and seeing her reaction to any perceived criticism was even better.

5. Celebrities out of Their Elements

That leads me to this. I just love seeing celebrities out of their elements, but they have to go with it, because it's on TV. This is definitely one of the reasons Celebrity Apprentice keeps pulling me in this season. As I write this, I've only seen four episodes or so, and I can only assume it's going to get even better as time goes on.

Poor Gary Busey. I used to watch The Buddy Holly Story over and over – and I even thought he was awesome in Rookie of the Year (which I loved passionately and without shame). It's like he's crazy out the box … like a fox. Sometimes he's all there, sometimes he's not. When he's on television shows, I know people kind of like to exploit him – even my beloved Dr. Drew. While there is arguably a lot to exploit, I love how, as the season progresses, he's stepping up and refusing to take any more of the Donald's bait.

In every season of any Apprentice, the boardroom is always the center of backstabbing. Here, it's crazy. It's absolutely crazy. The best (worst?) part is when Donald goads a team into just eating each other alive … and then tells them that they won the task. All the members are left turning their toes and muttering under their breath.

8. The Battle of the Sexes

It's so sad when they put contestants into gender teams. Inevitably, the female team will end up backbiting, lying, and fighting the whole time. During the first episode, when they're all like, “We have the best team, we love each other so much!” I knew that was never going to last. Never. Not that the men are much better, but what I wouldn't give to see a team of women who all supported each other.

These are just a few of the reasons Celebrity Apprentice keeps pulling me in, and I kind of wish it would let me go. I know I'm going to be glued until the end of the season, though. Maybe I'll be able to break the cycle when the regular Apprentice comes back on again. What are some of the shows you wish you didn't like?