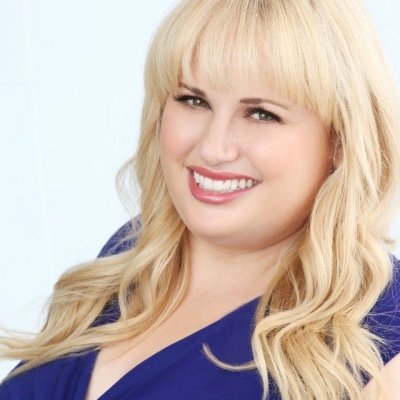 There are so many fantastic reasons to love Rebel Wilson! She's definitely become a Hollywood A-lister and it's easy to see why. She's got an awesome personality (the kind that makes you wish you were her BFF), a kick ass acting resume, and she stays true to herself no matter what. She's definitely somebody worth looking up to! Here are some awesome reasons to love Rebel Wilson:

After watching Pitch Perfect, I'm pretty sure everyone found Fat Amy relatable at one point or another. That's why she's everybody's spirit animal! She's one of the most quotable movie characters and Rebel really brought the character to life! I mean, I can't picture anyone else having that role! This is just one of the many reasons to love Rebel Wilson.

2. She Doesn't Care What Anyone Thinks

Rebel's proved time and time again that she doesn't care about anybody's opinion of her. "There are so many glamorous actresses, but in the real world nobody looks like that," she said. "I want to inspire girls who don't think they're cool or pretty." I love that! Rebel's put body-shaming to bed because she's proven that girls can love themselves and be confident no matter what their size. Like she says, you got to work with what you got!

If you've never spent a few hours binging on Rebel's interviews, you're doing something wrong. Whether she's being interviewed for thirty seconds or thirty minutes, she's hilarious no matter what. Rebel's been on countless talk shows to promote her movies and she's always got such a good vibe to her. Not to mention, she's always rocking the best clothes and accessories!

As previously mentioned, Rebel's always wearing the best clothes and accessories! She's definitely not afraid of taking fashion risks and I love that about her! Remember when she wore hot pink slippers (in the shape of poodles) to an interview with Jay Leno?! That was the best because I'm pretty sure she's the only who'd be able to rock those! Even though Rebel loves to have fun with her fashion choices, she definitely knows how to clean up for red carpet events. When she gets glammed up, she's quite the sight!

Rebel's got it all: beauty AND brains. Did you know that before her acting career took off, Rebel attended the prestigious University of New South Wales? Oh, and she also earned a law degree! If the acting thing doesn't work out (don't hold your breath on that one), she could always be a kick ass lawyer.

Rebel's become BFFs with tons of Hollywood A-listers! This includes Pitch Perfect co-stars like Anna Kendrick and Elizabeth Banks, Zac Efron, Channing Tatum, and more! Can you imagine hanging out with this group of people?

7. Her Whole Family Has Awesome Names

One of the coolest things about Rebel Wilson? Her name, of course! Did you know that all of Rebel's siblings have cool names? Her siblings are named Liberty, Ryot, and Annachi! Anyone sense a theme here?

Well, there you have it! These are just seven out of many awesome reasons to love Rebel Wilson. She's hilarious, a great role model, and will undoubtedly be taking over Hollywood in the near future. What do you love most about her?