There are so many fantastic reasons to love Rachel Bilson. She's gorgeous, sweet, and humble, and is dating one of the hunkiest men in Hollywood. I love the fact that she embraces her quirky ways - watching her different interviews is always so funny! Even though Rachel's got beauty, she's fully equipped with the brains too. That makes her quite the power woman. Check out some of the cool reasons to love Rachel Bilson.

This show is my current obsession! I don't know why it took me so long to start watching it but once I did, it was a total binge-marathon on Netflix. It's a great show with a fantastic cast. Rachel's role, Zoe Hart, is very relatable in the sense that she's still trying to figure out her life and what she wants out of it. However, our dating lives are nowhere near as good as hers. I mean, George Tucker and Wade Kinsella are such dreamboats! This show is just one of many reasons to love Rachel Bilson.

If you didn't already know, Rachel and her long-time boyfriend, Hayden Christensen, are expecting! The couple met back in 2007 on the set of 'Jumper.' They announced their engagement in 2008, called it off in 2010, and then reconciled months later. Four years later, the two have yet to tie the knot! Whatever makes them happy though, right? Maybe they'll wed before the baby comes! 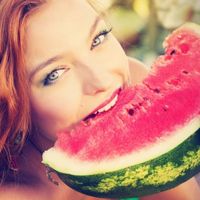 7 Skincare Musts if You Want to Have Amazing Skin This Summer ... 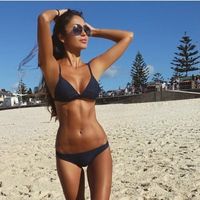 What to do Today if You Worked out Hard Yesterday ...

Rachel's street style is amazing! Even in her most casual attire, she always manages to look so well put-together. It'd be awesome to be best friends with her - imagine all the clothes you could borrow from her! Her characters in movies/TV shows always have the best fashion sense, too! I also love that she always wears little to no makeup whenever she's not filming. It's a great example for young girls to know that you're beautiful just the way you are - flaws and all!

Rachel's inner beauty just shines right through. She's got such a positive attitude and has quite the contagious smile! She always looks incredible when she's glammed up for red carpet events.

5 She Loves Her Fans

Although Rachel isn't on social media (SERIOUSLY, RACHEL?!), she still makes it known that she loves her fans. Whenever fans run into her, she's always sweet enough to pose for photos. She also raves about her fan base whenever she can in interviews! I think that's so sweet.

Rachel's played a lot of different roles but Summer Roberts will be my favorite for so many reasons. She won our hearts in 'The O.C.,' and she'll always be remembered for that role. However, it's obvious she's moved on to bigger and better roles, which is so fun to watch!

7 She Works with Beautiful Men Everyday

She's pretty much got my dream job. She's worked with SO many beautiful men, it's hard to keep track! There's Adam Brody (The O.C.), Scott Porter and Wilson Bethel (Hart of Dixie), and so many more. Must be a pretty awesome gig, huh? To get to work with and befriend all these fantastic actors! Who's been your favorite co-star of hers?

Well, there you have it. These are just seven out of many fantastic reasons to love Rachel Bilson! She's definitely one of my favorite actresses and I'm excited to see what her upcoming projects might be. What's your favorite thing about Rachel?

skincare
7 Skincare Musts if You Want to Have Amazing Skin This Summer ...
makeup
The Ultimate Guide to the Best Mascaras for All Your Lash Needs ...
health
9 Ways to Cure Tension Headaches for Girls Who Feel the Pain ...
movies
Sports romance movies
fitness
What to do Today if You Worked out Hard Yesterday ...