I have to admit, my favorite thing to do is look up videos of Taylor Swift dancing. I love that girl. She's an incredible artist, however, dancing might not really be her forte, which is totally okay. The good thing is that Taylor knows she's not the best dancer out there. She's able to have fun with herself and just move to the rhythm. I mean, that's how we should all dance, right? Like no one's watching? Check out these videos of Taylor Swift dancing!

1 "Cruise" at the CMT Awards

This video is seriously my favorite thing to watch. You can tell Taylor is in her own zone. Her date, Austin (her brother) looked pretty uncomfortable at times though! Or was I the only one who caught that? I don't blame Taylor for getting lost in this song, it's just one of those songs you wanna jam out to. But, you have to admit, it's pretty funny. The list of funny Taylor Swift dancing videos is just gonna get better!

2 "Jenny from the Block"

I mean, it's not fair to be judged when you're standing next to J.Lo! But, dancing next to J.Lo definitely made it more obvious that Taylor isn't that hot at dancing. But still, sharing the stage with Jennifer Lopez is pretty impressive. At least it looked like Taylor was having an absolute blast! 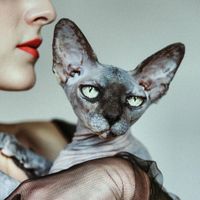 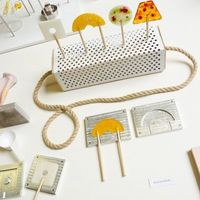 It might a little difficult to spot her at first, but you'll find her. She's the only one twirling around in a purple dress! She gets really into the song and starts hopping all over the place. She looks like she's having a super fun night, so, I guess I'd have to put her dancing aside.

This movie was so cute! In fact, isn't this where the two Taylors started their relationship? They were super fun to watch in this movie. Ironically, Taylor's character is in the dance team. Her moves are hilarious!

LOL! I love this video because the beautiful Zac Efron embarrasses himself just as much as Taylor does. Dance dares do sound pretty fun, though. I might have to get some friends together and do a few dance dares! Have you ever done dance dares?

6 "My Songs Know What You Did in the Dark"

Remember that time Taylor brought Fall Out Boy's Patrick Stump on stage? Yeah, that was a pretty epic performance. However, her dancing? Hilarious! I think Taylor is amazing with pop/country music, but rock just really isn't her thing. So, let's leave that song to Fall Out Boy!

I think this was a very fun, youthful performance. The unicorn t-shirt? Awesome touch. I especially love the fact that the shirt says "Haters gonna hate". So, in case any die-hard Swift fans read this post, be assured I'm not hating on Taylor! She's an awesome artist; she's just a funny dancer is all.

There you have it! These videos of Taylor Swift dancing are hilarious! Now, don't get me wrong, I love Taylor as an artist and I kind of love the fact that she can't dance. She proves that not all celebrities are as perfect and great at everything like we think are. She knows how to make fun of herself and just enjoy music. Which video do you think was the funniest?

lifestyle
11 Ways Your Cat Shows You Love ...
lifestyle
3 Simple Tips on How to Look Your Best in Your Christmas Card Photos ...
lifestyle
Christmas Prep List for the Weeks Leading to the Big Day ...
lifestyle
3 Easiest Home-Made Desserts ...
food
Food trends 2015

What is sugar in blood ...
Why does air make food stale ...
What helps bring your sugar down ...
What does high blood glucose mean ...
What's your favorite position funny answer ...
Why are earrings attractive ...
Is rice good for high blood pressure ...
What food to eat to become fat ...
What is your favorite holiday tradition? ...
Say this to yourself every morning ...