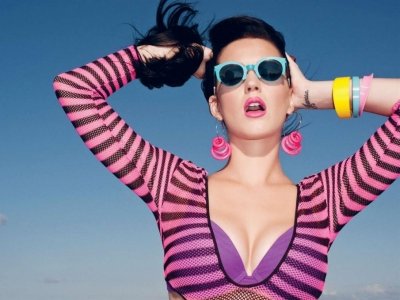 With 51.3 million Twitter followers, Katy Perry is the number one on the list of most popular Twitter accounts. She first joined Twitter in 2009 and has tweeted over 5,000 times since then. No wonder she has so many Twitter followers when she tweets about her boogers and how drunk she gets at Coachella.

Despite his recent controversial behavior, Justin Bieber still has a strong Twitter following. He loves to retweet pictures of himself with fans and he shows a lot of love in his tweets. He must be doing something right because he is just shy of Katy Perry with 51.1 million followers.

You would think the leader of the free world would be at the top of the most popular Twitter accounts, but he is doing pretty well in third place. With 42.6 million followers, POTUS is able to share his work as President. His account is technically run by his Organization for Action staff, but all tweets are approved by the President before being sent out.

Lady Gaga used to hold the #1 spot as the most popular Twitter account, but she has dropped down. She currently has 41.3 million followers and tends to tweet mostly about her music and performances. Her “little monsters” must love it because she has remained hot in the world of social media.

It is only expected that Taylor Swift’s Twitter account would be just as adorable as she is. She loves to tweet quotes and funny pictures of her and her friends. Her followers must love it because she has 40.3 million followers.

We all want an inside look into the life of pop princess, Britney Spears which is probably why she has 36.8 million Twitter followers. She loves to tweet pictures of her family, behind the scenes pics from her performances, and funny videos from shows like Jimmy Fallon.

Rihanna takes 8th place on this list with 34.9 million followers on Twitter. She mostly uses twitter to link to her Instagrams and Vines, but people sure seem to love it. She loves to retweet other accounts that talk about her music and accomplishments and she loves to tweet to her favorite celeb friends like Shakira and Ryan Seacrest.

There are too many Instagram accounts for us to follow them all, which is whey the Instagram account must be so popular with 32.1 million followers. It posts the most popular and amazing photos found on Instagram for all of their followers to see. You get a glimpse at Instagram photos from around the world, without having to follow a million accounts.