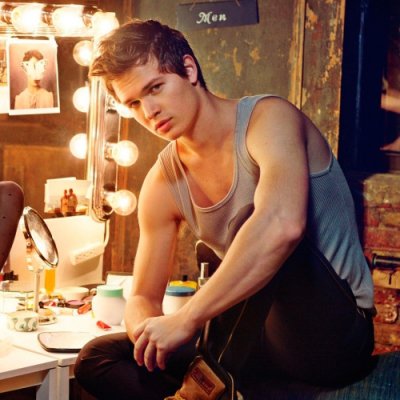 SnapChat isn't just for friends who want to show off their glamorous lives. It's also a great way to catch up with your favorite celebrities. No, they probably won't reply to your Snaps or even glance at them. However, they'll post exciting stories that'll make you wish they were your BFFs. If you need some new people to follow, here are some of the sexiest celebrities that are on SnapChat:

You know Ansel from The Fault in Our Stars and Divergent. He's about as hot as they come. That's why you should start following his SnapChat, where he posts pictures of his sexy self and videos of him singing. If you're sick and tired of your crush's mixed signals, then Ansel will help you forget all about him. He'll be your new big crush. Add him as "anselelgort."

You know that song "Stitches" that you keep hearing on the radio? That's sung by Shawn Mendes. Yup, he's a real cutie. If you can't get enough of his gorgeous face, then make sure to follow him on SnapChat. You won't regret it! His username is "shawnmendes1."

Neil Patrick Harris is America's sweetheart. It's impossible not to love him, especially when he posts the cutest videos of his husband and twins--not to mention the occasional shirtless selfie while he's relaxing in bed! Follow him on "storyofnph."

If you like nice guys, then you probably have a major crush on Ed Sheeran already. If somehow you haven't realized how adorable he is yet, then you're about to. All you have to do is follow his SnapChat, "teddysdaytoday." You'll see plenty of adorable pictures, but just as many funny ones. You have to love a man with a sense of humor!

The best boys are the ones that are kids at heart, and that definitely describes John Mayer. If you follow his SnapChat, "johnthekangaroo," expect to see plenty of playful photographs of him. He really knows how to have fun! You might even get lucky and see a snapshot of him with a hot female celebrity. After all, he's a guy that every girl wants!

It's time for you to develop a new girl crush! You can say what you want about Ariana's voice, but she looks stunning in every photograph she takes! Not only is she a beauty, but she's super playful. If you follow her SnapChat, "moonlightbae," you're going to fall in love with her, just like the rest of us have. You'll want her to be your new best friend.

Now you'll never be bored on SnapChat again, because you're going to have a bunch of new stories to check every single day! What other celebrities should we all start following on SnapChat today?