This is Why Loretta Lynch is My WCW Any Day of the Week ... 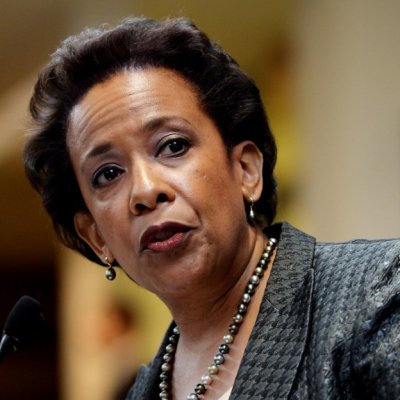 Finally, the day has come: no, spring hasn't sprung here in Michigan (it snowed yesterday!) — after months of delays and idiotic tomfoolery, the Senate has confirmed Loretta Lynch as The United States Attorney General. Who is Loretta Lynch, and why is she my new #WCW every day of the week? Let's me explain:

1 She's a Badass of Epic Proportions

In her long and celebrated career, Loretta Lynch has proven time and again she has no fear of even the worst bad guys. One example? Lynch's case against mobster Vincent Asaro and his associates formed the inspiration for the movie "Goodfellas."

2 She Loves a Good Take-down

While some prosecutors like to look the other way when the police or politicians go wrong, Loretta Lynch is ready to hold them accountable. Also see: Pedro Espada, Jr., Michael Grimm, and Justin Volpe, for starters.

To the hateful bigots who've been spewing vitriol since Eric Holder was the Attorney General — he was the first African American to hold the post — Loretta Lynch's appointment must make them even more furious. Not only is she also African American, she's a woman on top of it, and outspoken one, a strong one, a vocal one. It's okay. The haters can stew in their own juices while she goes and kicks more butt.

I can't think of many other women I admire as much as Loretta Lynch (Kym Worthy maybe) so I'm thrilled she's finally been confirmed. Sure, I love a good Kim K story, too, but once in a while, it's nice to admire a woman who's not a celeb. Will Loretta Lynch be your next #WCW, too?