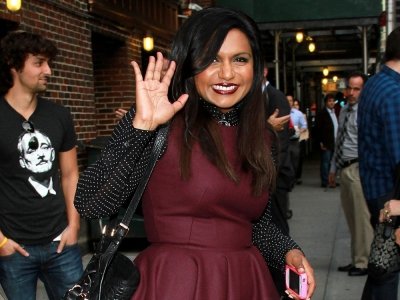 I love the fact that Mindy uses her less than glamorous childhood as a source for comedy. Kaling once said, “If you’ve seen a photo of me from when I was a kid, I don’t think anyone would have expected that going in front of the camera was something that I was going to do." She's described her childhood as being downright "geeky" and claims her parents put little effort into "making me seem like an appealing little girl." Ha! I love that she embraces her geeky side. Now, she's a gorgeous and powerful woman! This is just one of the reasons to love Mindy Kaling.