7 Celebrities You Wouldn't Want as Your Best Friend ...

She’s just so wrapped up in her own perfect world that she doesn’t seem to realize how pretentious she sounds. (If you're not sure what I mean, five minutes on her personal blog will tell you.) Wasn’t she best friends with Madonna? Some kind of falling out there. Now, Jessica Alba is her current target. When you think about celebrities you wouldn't want as your best friend, Gwyneth has to be number one!

The quintessential party girl has given up booze and drugs. So she says, but time will tell. I used to think she was beautiful and had a great career in front of her, now not so much. I’m wondering if her best days are behind her. It would be so hard to watch her crash and burn, over and over again, without being able to stop her! Not exactly best friend material. 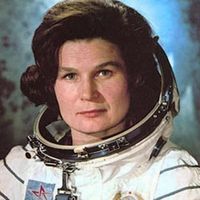 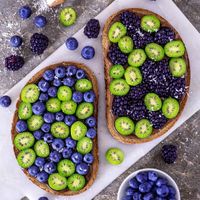 7 Simple Strategies to Make Changes to Your Diet ...

Instead of being a mentor to then new model Tyra Banks, she did her best to destroy her budding career. Then there was the incident where she threw a cell phone at her housekeeper. Naomi has quite the temper, so unless you like walking on egg shells, she's also probably a pass as a best friend.

Her buddy Lindsay Lohan is now on her "Naughty list." She has an again off-again friendship with Nicole Richie whom she has known since early childhood, and whatever happened to her BFF Kim Kardashian? You just can’t rely on her friendship lasting for too long. She seems to be a grudge holder and likes to get revenge. She's a bestie pass, too.

From fights with her Charmed co-star, Alyssa Milano, to fights with her Beverly Hills, 90210 co-star Jennie Garth; Shannen is not the personification of easy going. Move on to someone more pleasant and positive.

Watching America’s Next Top Model when judges Paulina Porizkova and Twiggy were on was kind of painful. It was so apparent that Tyra felt superior to her fellow supermodels. She barely looked at them and when she did, there was no smiling going on. Since Tyra chose these women to co-host, and then chose to give them the cold shoulder, you have to wonder what kind of friend she would be in the long run.

I am going to admit, I'm swayed by public opinion with this one. When I first heard how hated Anne was, I couldn’t understand it. I’m thinking it’s just a vibe she gives off. Is it neediness? Self-absorption? Something isn’t working and I don’t want to have to deal with it.

Which Hollywood gal wouldn’t you want as a pal? Share your thoughts with me and let me know which celeb you wouldn't want as a BFF.

celebs
7 Amazing Pioneers of Female Aviation ...
love
How to go above and beyond for your boyfriend
jewelry
7 Amazing White Gold Earrings Youll Want to Wear Every Day ...
streetstyle
8 Hottest Summer Streetstyle Trends ...
diet
7 Simple Strategies to Make Changes to Your Diet ...

What foods help you gain weight? ...
What fruit is rich in vitamin c ...
What is the stuff ...
Why is it important to be careful what you post on social media ...
How to get his attention back from another woman ...
Is miwadi bad for you ...
How to stop caffeine headaches ...
What to add to a peanut butter sandwich ...
How to make a school year go by fast ...
What's up reply in chat ...