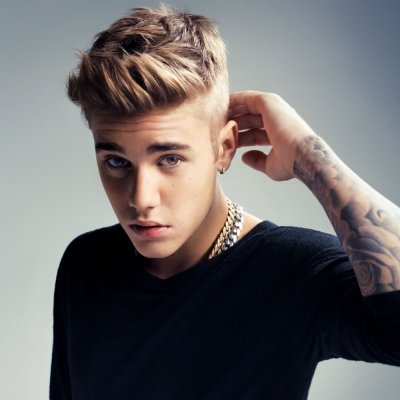 I'm sure you've heard plenty of celebrity urban legends in your time. From A actor's sexuality to B model's family life to C singer's affection for 19th century African hairdos, we hear so many stories about what famous people are like that it's hard to know which are true and which aren't. Personally, I couldn't care less who dates whom, but there have been several stories that are so odd that it makes me wonder if someone made it up or if the truth really is stranger than fiction. True or not, these are some of the celebrity urban legends I find to be most interesting. Many of them are “old news,” but the thing about urban legends is that they keep circulating regardless of how old they are or how many times they've been disproven. I got most of them off of Snopes.com, although some come from sites like TruthorFiction.com or the Huffington Post. Even Cracked.com is a good place to look for things like this because they are pretty picky about fact-checking.

1. X Celebrity Had to Have His Stomach Pumped for Semen

This is the perfect example of how celebrity urban legends circulate indefinitely despite being completely false. Among the “suspects” for this one are Elton John, Mick Jagger, at least two members from New Kids on the Block, Rod Stewart, Jon Bon Jovi (as well as his group's drummer)...it's gone around about women too, but the ones about men seem to get the most traction because “OMG I knew he was gay!” makes for better gossip-column copy. Guess what? According to Snopes.com, not one of these stories is true. Most of the time the person isn't even gay but, even if he were, this still wouldn't happen for biological reasons.
Visit snopes.com for more information, preferably not while eating.

2. The Talking Horse on “Mr. Ed” Was Actually a Zebra

No, this isn't true. In fact, nobody ever really thought it was; the story about Mr Ed being a zebra was posted on Snopes.com as a joke to see how many people they could trick into checking up on it. Their entire “Lost Legends” section is a spoof meant to drive home the point about how easy it is to start rumors online. Never mind the fact that zebras are substantially smaller than horses, not domesticated (which could make them harder to train) and would look just as striped in black and white as they would in color. It's a funny story, though. Learn more at snopes.com.

This is another one that was made up out of thin air. Huzlers, a site that is “a combination of real shocking news and satire news to keep its visitors in a state of disbelief,” posted a picture showing Justin Bieber making out with a male friend of his after “[deciding] to try guys too.” Truth or Fiction shows that the photo is doctored. I personally don't care what 'Beebs” does, but apparently no story is too far-fetched for some people.

I thought this quote from “Family Guy” would be a fun way to start discussing the many rumors that have gone around about this iconic rock band. The first rumor stated that the name means "Knights In Satan's Service" (it doesn't mean anything). After that it was that Gene Simmons had an animal's tongue grafted onto his own (is that even <i>possible</i>?), and after that it was that the ink used in the original KISS comic book contained blood from the members (there's actually some truth to this one). For more rumors and an explanation of the last one, visit kissasylum.com.

Stories have gone around about the host of “Mr. Rogers' Neighborhood” being a sniper in the Vietnam war, implying that he wasn't as “neighborly” as he seemed. However, both Snopes and Radar Online tell us that not only was Mr. Rogers not a sniper, he wasn't in the service at all. Similar stories were spread about John Denver and Don Knotts, but they weren't snipers either. Don Knotts did serve in the Army, but never saw combat and certainly never “sniped” anybody. The story is here: snopes.com.

7. I Had an Affair with Heath Ledger when He Was Filming “a Knight's Tale”

I just made that up. The actress who played Jocelyn <i>does</i> have the same name as me, but she spells it differently and looks a lot better in green than I do. I'd love for this to be true, though. That man was just beautiful.

This is really just the tip of the iceberg when it comes to celebrity urban legends. Like I said before, sites like Cracked.com, Snopes and TruthorFiction.com are good places to look if you want to check if a story you've heard is true. If nothing else, you'll get a good laugh. What are some celebrity urban legends you've heard? Do you have any websites or magazines to recommend? Do you have an “affair” to confess? If you're looking for one, I hear Bradley Cooper's single. Discuss!