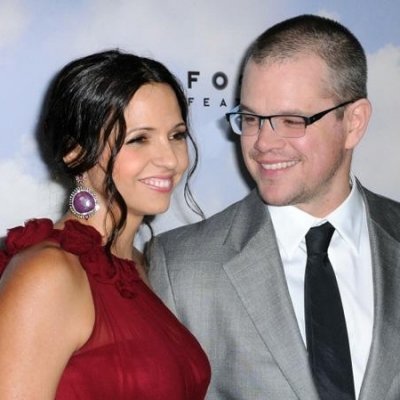 Matt Damon met his future wife, Luciana Barroso (a former bartender), back in 2003. Two years later, the couple got married. In the August 2013 issue of Esquire, Matt talked about how being married to someone who's not in show business allows him to stay private. The couple renewed their vows on the island of St. Lucia in early 2013 with their four daughters in attendance. Talk about a happy ending! He's just one of many celebrities who are married to non celebrities.