Of all the facts about Marilyn Monroe, this one might be the most surprising. On June 1, 1926, Norma Jean Mortenson was born in Los Angeles. Norma would go on to change her name to, you guessed it, Marilyn Monroe. She legally changed her name in March 1956 and that's when the legend was born.

2 She Was Always with Her Acting Coach

Marilyn’s first acting coach, Natasha Lytess, was with her for 6 years and worked with her on 22 different films. It was very rare for Marilyn to be without her acting coach and she played a large role in Marilyn’s life. Marilyn was dedicated to being taken seriously as an actress, and her acting coach was an important part of that. 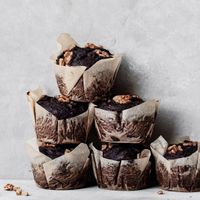 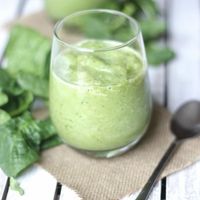 7 Things to Include in a Low Sugar Green Smoothie ...

Although her second marriage to baseball legend Joe DiMaggio only lasted about a year, after her death he sent roses to her grave three times a week, every week, for 20 years. The love DiMaggio had for Marilyn didn’t end with the end of their marriage. This is one of the many facts about Marilyn Monroe that proves her affect on the men around her. DiMaggio was so infatuated with Marilyn that even after her death, he continued to express his love for her.

Long before yoga was the hot way to get in shape, Marilyn Monroe was working on her downward dog. Yoga was basically unknown in the '40s and '50s, but Marilyn knew that it was a great way to stay in shape. Maybe that is how she got those amazing memorable curves that she is famous for?

5 She Went under the Knife

As much as we want to believe that Marilyn Monroe was naturally flawless, she apparently went under the knife for two separate surgeries. She got a chin implant that gave her an incredible jaw line, and she got a rhinoplasty, which changed the shape of her nose. This shows us that she is not the superhuman bombshell that everyone makes her out to be. She was just another girl who wanted to be beautiful, which I am sure is something we can all relate to.

6 Abraham Lincoln Was Her Hero

This is one of the more random facts about Marilyn Monroe. In her autobiography, Marilyn was quoted as saying “I used to read everything I could find about him.” To Marilyn, Abraham Lincoln was someone she could identify with because of the similar childhoods they shared. She admired him and his success and loved to compare their experiences.

When she was at the young age of 16 and before she reached stardom, Marilyn married James Dougherty. The first of Marilyn’s three marriages, her relationship with Dougherty only lasted 4 years. After their split, he became a detective for the LAPD and Dougherty's second wife later forbade him to see any of Marilyn’s movies.

8 She Loved to Read

Marilyn Monroe was more than just a pretty face, she aspired to be an intellectual as well. She had stated her attraction to smart men, and she loved to read. She even took literature and history night classes at UCLA between shooting films. She had an extensive library and could be found reading in her downtime. Surprisingly, she wrote some poetry that was put together and published.

9 She Was the First Playboy Playmate

Naturally, because she was such a well-known sex symbol, she was featured in Playboy. In 1949, she was named Playboy's first Sweetheart, which was later renamed Playmate of the Month. Hugh Hefner had an infatuation with Marilyn and even bought the burial vault next to her for $78,000.

10 She Was Almost Holly Golightly

Can you imagine Marilyn Monroe as the famous Holly Golightly in Breakfast at Tiffany’s? Had it been up to the writer Truman Capote, she would have been. She was his first choice for the lead role, which later went to Audrey Hepburn. How different would that film have been had America’s most notorious bombshell been cast?