7 Iconic Actresses We Love to Watch on the Big Screen ... 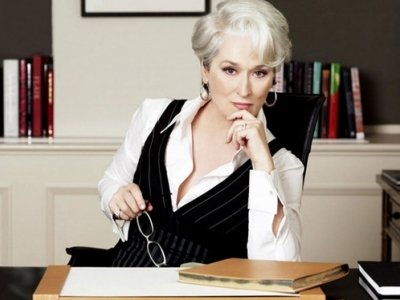 Sometimes what makes a movie great are the iconic actresses that play the roles. Their passion and dedication to their role and the story all draw us in and take us on a journey. It’s because of them that movies become memorable classics. Here’s a list of iconic actresses we love to watch on the big screen.

Meryl Streep is definitely one of the most iconic actresses of our time. Her body of work is amazing and she is definitely a legend. But, and I’m not ashamed to admit it, her favourite role of mine to date is Miranda Priestly in The Devil Wears Prada. Although that role didn’t win her an Oscar, she has won 3 Academy Awards and 2 Emmy Awards. She is definitely knows her craft as an actress inside and out.

I can’t help but root for Sandra Bullock. She seems like an everyday woman who also happens to act on the side and be extremely wealthy. Most known for her role in Miss. Congeniality, Sandra Bullock has starred in 40 movies and has won both an Academy Award and a Golden Globe Award. Sandra Bullock is an extremely versatile actress who has played several different roles in a slew of movie genres.

Julia Roberts is the epitome of an iconic Hollywood actress. We all fell in love with Julia in her breakout movie Mystic Pizza and forever became enchanted with her smile in Pretty Woman. She’s a five time award winner and has starred in several blockbusters. But if that doesn’t impress you, then listen to this – in 2003, Julia was paid $25 million to star in the movie Mona Lisa Smile... Julia is definitely high in demand in Hollywood!

All though Susan Sarandon is a great actress and has won an Academy Award, a BAFTA Award, and a Screen Actors Guild award, what makes her so great is her activism! She’s been a part of anti-war and racism protests, she’s openly supported gays, lesbians, bisexuals, and transgender, and was appointed the UNICEF Goodwill Ambassador in 1999. So although we love her for her great acting skills, we love her even more because of her humanitarian work!

To say that Jodie Foster has had an interesting life would be an understatement – if anything, her own life could be made in to a movie. Regardless, she’s a well established actress who has won many awards during her career. In addition, her most iconic movie Silence of the Lambs is a must see and if you didn’t like or respect Jodie before this movie, you definitely will after watching it.

During her long and renowned career, Jessica Lange has won a total of 37 awards! That is quite the feat to accomplish. If you’re not familiar with Jessica’s work, she’s starred in classics such as King Kong, Tootsie, and Blue Sky. Currently you can find her starring in the television series American Horror Story.

The actresses mentioned are iconic and talented but they aren't the only ones who dominate the screen. There are tons of actresses in Hollywood who bring their passion to their craft. What some other iconic actresses both inside and outside of Hollywood that you love to watch on the big screen?