7 Reasons Why a Lindsay Lohan Comeback Would Be Awesome ...

There are lots of people who may not be the biggest Lindsay fans, but I think a Lindsay Lohan comeback is something we should all look forward to. She’s controversial yes, and tons of people hate on her, but you know what? The girl keeps going! And I think there’s something quite endearing about her. So here are 7 reasons why a Lindsay Lohan comeback would be awesome!

1 We’ll Get Red Haired Lindsay Back

I don’t know about you, but I think one of the biggest reasons to be happy about a Lindsay Lohan comeback is because she’ll come back to us with her gorgeous red locks. She looked so happy and healthy in her heyday, and part of that was her beautiful red hair, because we all know when she went blonde, she started going a little crazy. So red hair = awesome Lindsay Lohan comeback!

Her role in Mean Girls was not only the highlight of her career, it was the movie that turned her into an A-Lister, for a brief time that is. She was perfect in that role, helped us understand the importance of Mathletes, that people that come from South Africa are insanely cool, and that even the newest of girls can be accepted by the cool kids. Now imagine if she got to pick as many roles as she wanted after that, we would’ve gotten a lot more Cady Herons. We need a Lindsay Lohan comeback for that reason alone. 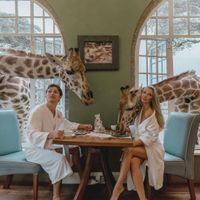 Hot Princes Still on the Market Now That Harry is Engaged to Meghan ... 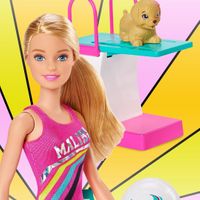 How Socality Barbie is Better at Instagram than You in 27 Photos ...

Another reason I would love a Lindsay comeback is because I truly believe she’s talented. I’ve loved her since she did Parent Trap, and I guess ever since then it’s like I’ve seen her as that cute little girl. So of course I think she’s going to bounce back!

4 It Would Be Epic

All the odds are stacked up against her, the media doesn’t seem to like her, and often times she just doesn’t seem to be able to catch a break! But the ultimate LiLo comeback would be her stepping out in some fantastic role, and putting all those critics and haters in their place. Plus, there’s a fair number of people out there that are rooting for her to show the world what she’s got, and I’m one of those people. Go LiLo!

Since around the time she was slated to play Elizabeth Taylor in Dick and Jane, she had dinner with Woody Allen, whose movies I absolutely adore! I would love, love, LOVE to see her in one of those roles! If she appeared in a Woody Allen movie, it would be a great Lindsay Lohan comeback!

Lindsay had some pretty great fashion moments. A comeback would mean that we would finally get to see her in something beautiful. And by beautiful, I mean something age appropriate, and something that would hopefully show off a healthy figure!

7 Her Story is Filled with Hope

The best thing about a Lindsay Lohan comeback is that we would see her story blossom. It’s inspiring, and everyone always loves a good comeback story. But think about it, Hollywood loves a good rags to riches story, or a story about overcoming personal struggles, and nine times out of ten, those success stories get bigger and bigger. Look at Drew Barrymore, Demi Lovato, Robert Downey Jr., everyone loves hearing powerful stories of triumph. That is why I think people are still rooting for Lindsay. That’s why I’m rooting for her!

It’s been nearly 10 years since Mean Girls – it came out in 2004, everyone – and yet it seems like just yesterday. Lindsay is slated for a comeback, 10 years is a long time to get yourself sorted out, and it’s bubbling, the girl is coming back! So tell me, are you rooting for a Lindsay comeback?

love
Hot Princes Still on the Market Now That Harry is Engaged to Meghan ...
lifestyle
How to choose a gift
hair
Surefire Ways to Go Longer between Washes and Still Have Fabulous Hair ...
fashion
17 Top Spring-Summer Fashion Trends for 2012 ...
funny
How Socality Barbie is Better at Instagram than You in 27 Photos ...

How many milks are there ...
Why do i hide food ...
Why are bananas good for you ...
How many kind of apples are there ...
Why can't guys express their feelings ...
What cuisine has a big influence on thai food ...
Beef is the second highest consumed meat in the united states. ...
How much vitamin c is in an apple ...
What is lean meat? ...
How to snap a crush ...