Emily Osment is Back and on Our Radar ... 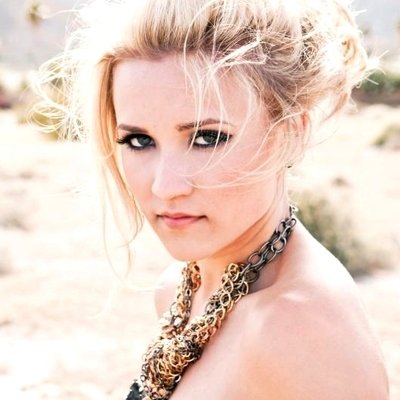 If you've forgotten who Emily Osment is, it's time to get her back on your radar. She's been doing incredibly well in the acting/music department. Being a big fan of hers, I've kept up with her career via her social media networks. I'm so excited that she's back in the limelight. Check out some of the reasons to keep up with Emily Osment!

In case you didn't know, Emily Osment is back on the small screen! She's the leading lady in ABC Family's new hit show, Young & Hungry. It's about a food blogger (Osment) who's trying to make a name for herself. She becomes the personal chef to a well-off young tech entrepreneur and things start to heat up. It's super funny and Emily brings a certain charm to her character that makes her really relatable and lovable. This show is just one of many reasons to get Emily back on your radar!

Remember Emily's old music videos on Disney Channel?! Her songs "All the Way Up," "Let's Be Friends," and "Lovesick" were all big hits. She's still making music which I think is awesome. She's even done a few shows with her band, including a balloon festival where Pretty Little Liars' Keegan Allen also performed! Her new sound is really folky and mellow, something I personally love. I can't wait till she puts out an album.

She's always documenting her life with fun pictures on her Instagram account, @wree. She posts tons of cool videos - including ones of her playing the guitar, singing, etc. Those are my favorite kinds of videos because they show off her raw and genuine talent. Whenever she's not posting music-related videos, she's posting ones of her and her friends having a good time.

If you didn't already know, Ashley's the executive producer of Young & Hungry. That means she spends a lot of time with Emily! The two have become really close and Ashley even guest-starred in a recent episode. The two are always posting pictures together on their social media accounts. How awesome would it be to be able to hang out with the two of them?!

Emily's been keeping herself really busy! Aside from Young & Hungry on ABC Family, she also stars in Cleaners alongside Entourage's Emmanuelle Chriqui. The show is aired on the online service, Crackle. You can stream the first season! The second season has already been filmed so keep an eye out for that!

Emily's still got that quirky sense of humor that we all fell in love with during her Hannah Montana days. I think she's such an upbeat person who just radiates positivity. Those are my favorite kind of people! Her humor translates incredibly in her new show.

7 She Interacts with Fans

Emily's always trying to interact with fans on her social media accounts. She doesn't follow any fans on Twitter but she does reply to them! If you want to get her attention, that's the best way to do it.

Well, there you have it. These are just seven out of many awesome reasons to get Emily Osment back on your radar. She's definitely back and better than ever! If you're already a fan of hers, what's your favorite thing about her? Do you like her new show, Young & Hungry?