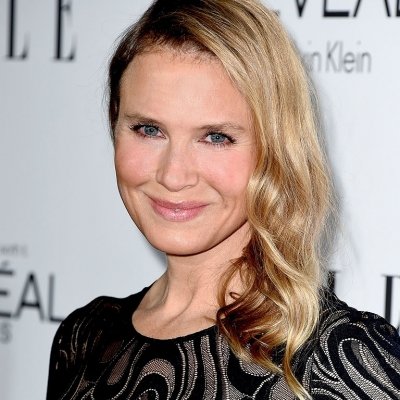 The world went crazy when photos of the Bridget Jones star came out looking different - and that was enough to motivate me to write these reasons to love Renée Zellweger even more. Bashers emerged from all corners of the earth and called her names. Others were concerned with the new look and her health. She responded by saying that she feels good and was actually happy that people reacted to the new Renée Zellweger. I was surprised too and I didn't like the new look but hey, enough of the negative comments and just be happy for the person who brought us such heartwarming movies. There are several reasons to love Renée Zellweger and here are mine:

One of the many reasons to love Renée Zellweger is her portrayal of the character Roxie Hart in the critically acclaimed musical film, Chicago. She was phenomenal! She earned an Academy Award nomination for Best Actress as the fiery Roxie in Chicago. Would you believe that in real life she has “two left feet”? You wouldn’t know it on the screen.

In Jerry Maguire, her evening dress during their first “official date” looked like it was spray painted on. Wow – just fabulous and even with the best Hollywood makeup artists on hand, she probably didn’t need more than some blush and lipstick. GRRR. Is there anything more romantic than Tom Cruise walking into the living room of Renée Zellweger's character, telling her that she completes him?

Hard to believe that she got her big break, alongside Matthew McConaughey, in this 1994 horror remake with guts and body parts galore. Hey, everyone in Hollywood has to start somewhere and Renée Zellweger pulled this one off!

Would you purposely gain 20 pounds? Renée did for the starring role in Bridget Jones’s Diary, in which she earned worldwide acclaim for making Bridget utterly real and believable. It's the character that many single women can relate to. You don't need to be British to connect with Bridget Jones. You just need to be a woman and Renée Zellweger carried the character with grace, heart, and humor. Oh, let me add, a great deal of fresh sophistication too!

Who can forget Renée’s amazing performance in Cold Mountain that earned her another Academy Award nomination? Equally impressive was her performance as John J. Braddock’s stalwart wife in Cinderella Man. If there ever is a zombie apocalypse, I want to hunker down in the bunker with her! Because she can be tough as nails!

6. Courage to Face the Critics

Recently Renée has appeared in public looking completely different. Why she did this we will never know but as Renée said, “We all get older,” and in Hollywood it is a taboo for actresses to “age gracefully.” I admire her for standing up for her new look and refusing to melt before bashers and critics. I want to knock at each hater's inbox and tell them, "Hey! Hollywood celebs age too and you have no right to hurt them with your insensitive words just because you can hide behind an avatar!"

Admit it, that smile had us for years. There is something mysterious, adorable, and charming about her smile. I am hoping to see more of that smile. Again.

What was your reaction when you saw Renée's new look?