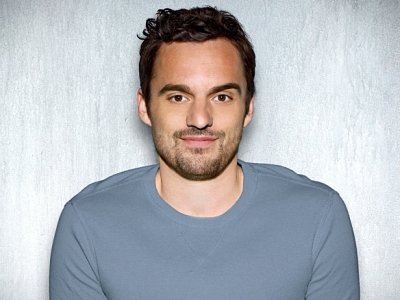 1. He Loves His Fans

My favorite thing about Jake is how much he loves his fans. I recently attended the FOX Upfronts in New York, where Jake attended. He posed for pictures with fans and was really sweet and humble about it all. I was so glad to have met him! I can honestly say that Jake's as great as you probably think he is. This is just one of the reasons to love Jake Johnson.

Nick Miller has become my favorite character on TV. Often times, I wish I knew a real-life Nick Miller. He doesn't have it all together but I gotta give him props for trying. His hilarious 'panic moon-walks', irrational mistrust of fish (and people), and bartending skills are just some things that make you love him. Honestly, Jake's the perfect guy for this character. I don't think anyone could have done it better!

Although I can't get enough of his role as Nick Miller, Jake's a really talented actor who's appeared in various successful projects. His most recent role is in the hit movie, Bad Neighbors, starring Zac Efron and Seth Rogen! A few of my other favorites from Jake include his performance in '21 Jump Street', 'Safety Not Guaranteed' (starring alongside Parks & Recreation's Aubrey Plaza), and 'Drinking Buddies' (starring alongside Olivia Wilde and Anna Kendrick). He's got some serious on-screen charisma!

To state the obvious, Jake's one good-looking guy. Am I right, ladies? There's just something about his boyish charm that makes me swoon. Plus, have you ever seen him in a tux? The man's gorgeous. That contagious smile of his is one of my favorite things about him!

If you follow Jake on Twitter (@mrjakejohnson), you're well aware of his awesome tweets. He constantly live-tweets through new episodes of 'New Girl', calling co-star, Max Greenfield, the 'hunkiest man on TV'. How sweet is that? Jake also tries to interact with fans. He's constantly retweeting fans or replying with a sassy and witty remark. Let's put it this way, you can't NOT follow Jake on Twitter!

I don't know about you, but I can spend hours on YouTube watching interviews with this guy. He has this 'effortlessly cool' vibe going on and he pretty much has no idea about it. Isn't that always the best? Anyways, he's constantly sharing New Girl secrets and funny moments in interviews - you can't miss them!

Must I even explain this one? Jake's signature face on New Girl is his 'turtle face'. If you're not aware of it, please do yourself the favor of googling it! You'll have numerous images to laugh over, which will make you adore Jake even more. I've seen tons of fans on Twitter try to copy the face and send it to Jake... who knows, maybe he'll see your picture and reply!

Well, there you have it. These are just seven out of MANY awesome reasons to love Jake Johnson. I don't think any of you needed any convincing! If you're a big fan of Jake, comment what your favorite thing about him is!