7 Awesome Reasons to Put Cassie Steele Back on Your Radar ... 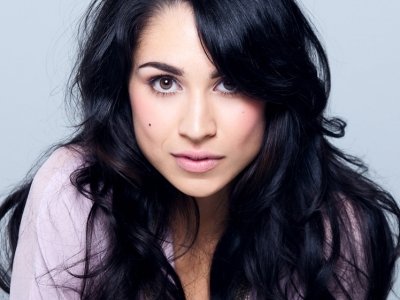 Cassie Steele (formerly from Degrassi and L.A Complex) is about to take the music industry by storm! I always knew that she dabbled in music but I wasn't aware of how insanely talented she really is until recently. This girl's got some serious vocals. Her recently released single, 'Mad', got an overwhelmingly positive response from fans. I've pretty much had it on repeat since its release. Check out the reasons you need to be putting Cassie Steele back on your radar.

Her single deserves it's own spot on this list. It's super catchy and does a fantastic job at showing off her vocal range. The video to her single, which Nylon Magazine premiered, racked up nearly 150,000 views in just a matter of days. The lyrics are raw and honest; "Angry baby turned into a crazy child who got wild in her teens". That's just a little snippet of it! I recently got the chance to watch her perform 'MAD' live and acoustically, and I was honestly blown away by her talent. This is just one of the reasons you should be putting Cassie Steele back on your radar.

The week of the single release, Cassie held an intimate and free acoustic show in New York City. Tons of fans showed up to support her. I love it when artists have free shows - it's such a cool bonding experience for the fans and for the artist. I'm so glad I got to be a part of that audience. After she performed, she stuck around and took pictures with everyone who wanted one. It was really refreshing to see an artist who cares about connecting with their fans.

At the NYC acoustic show, Cassie revealed that she has an upcoming EP. She debuted two new songs that night. The track list includes 'Power', 'Bad Things', and her single, 'Mad'. I'm keeping my fingers crossed that a mini tour will accompany that EP release. I would love to see Cassie back on stage. It truly is a treat to see her perform.

If you follow Cassie on Instagram (@cassandrasteele), you'd know what I'm talking about. This girl's got some serious style. No matter what she wears, she always looks effortlessly cool. I love following her on Instagram to see all her outfit pictures. It's actually great style inspiration. When she performed in NYC, she was dressed super casual (jeans, boots, crop top + flannel tied around her waist) and she looked fantastic.

Cassie has signed on to work with legendary producer, Randy Jackson. I'm sure with him by her side, Cassie will be doing big things this year. I have to admit, I'm really excited to see what Randy will help her achieve. I love how he isn't trying to change her style or sound up. If he keeps her the way that she is, she'll succeed with no doubt.

I've always watched her on TV, but I never knew just how funny she really is until I started following her on social media. She's constantly tweeting funny quotes, pictures, etc. You can tell that she's very real, someone who could easily be your best friend.

7 She Loves Her Fans

Cassie's always interacting with fans on her social media platforms. I suggest you follow her before she becomes out-of-control famous.

Well, there you have it. These are just seven out of many awesome reasons you should put Cassie Steele back on your radar. Trust me, this girl's about to blow up. If you're already a fan, what's your favorite thing about her?