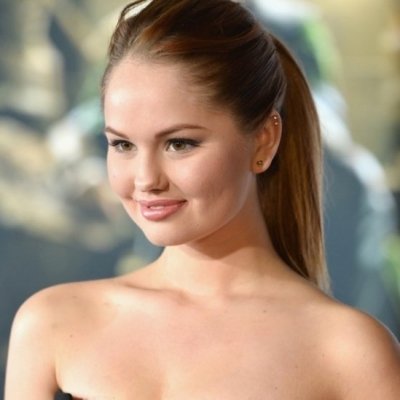 There are so many awesome reasons to love Debby Ryan. She's a great role model for young women and takes that responsibility very seriously. She's constantly talking about how it's okay to be yourself and how everyone should embrace their quirkiness/flaws. I'm glad that uses her voice to help the girls of our generation and it's just one of many reasons to love Debby Ryan.

It's not even fair how gorgeous Debby looks when she's all glammed up for a red carpet event. What's even cooler is that when she's not on set or at an event, she chooses to keep things casual and makeup-free. I think it's great for young girls to see one of their favorite celebrities being comfortable in her own skin. I'm sure she's inspired many to do the same! This is just one of the reasons to love Debby Ryan.

If you're a fan of Debby's, you're probably a huge fan of her Disney show, 'Jessie'. I'll admit, I find myself enjoying the show even though its target audience is a lot younger than I am... LOL! There are always really great story lines, some hilarious moments, and even awesome guest stars. Season four starts production in August so keep an eye out for that!

Debby's constantly showing love to her fans. She's always interacting with them via her social media accounts and thanking them for their unconditional support. If you follow her on Twitter (@debbyryan), there's a good chance she'd even follow you back. With her many "tweeting sprees", she tries to talk to as many people as she can! Aside from social media, she's just as great in person. Whenever fans run into her, she'll stop and pose for a photo!

In case you didn't already know, Debby's got some serious pipes on her. Her band, 'The Never Ending', recently put out an EP titled "ONE", which is available for purchase on iTunes. The EP features six tracks, each one better than the previous. I definitely suggest checking it out and giving it a listen if you haven't already. My favorite track is "Mulholland Drive" - what's yours?

Debby's always posting the coolest photos on her Instagram account (@debbyryan). They involve selfies with cats, photos of her hunky musician boyfriend, and photos of all her travels. If you don't follow her already, go do it now!

Even though Debby's getting more and more successful each day, she hasn't let it go to her head. She seems really humble and down to earth. I love when celebrities don't have that "too cool for school" mentality - it makes them a lot more relatable, don't you think?

Debby made her acting debut on 'The Suite Life On Deck" (I know, remember that show?) and I've loved her ever since. I think she's a great actress that brings a certain charm to every role. Since then, she's starred in "16 Candles", "Radio Rebel"and guest-starred in shows like "Good Luck Charlie" and "Austin & Ally" on Disney Channel. I have a feeling she'll be making a huge splash in the movie scene in a few years.

Well, there you have it. These are just seven out of many awesome reasons to love Debby Ryan. She's a great role model for young women and has become quite the success story! What's your favorite thing about Debby?