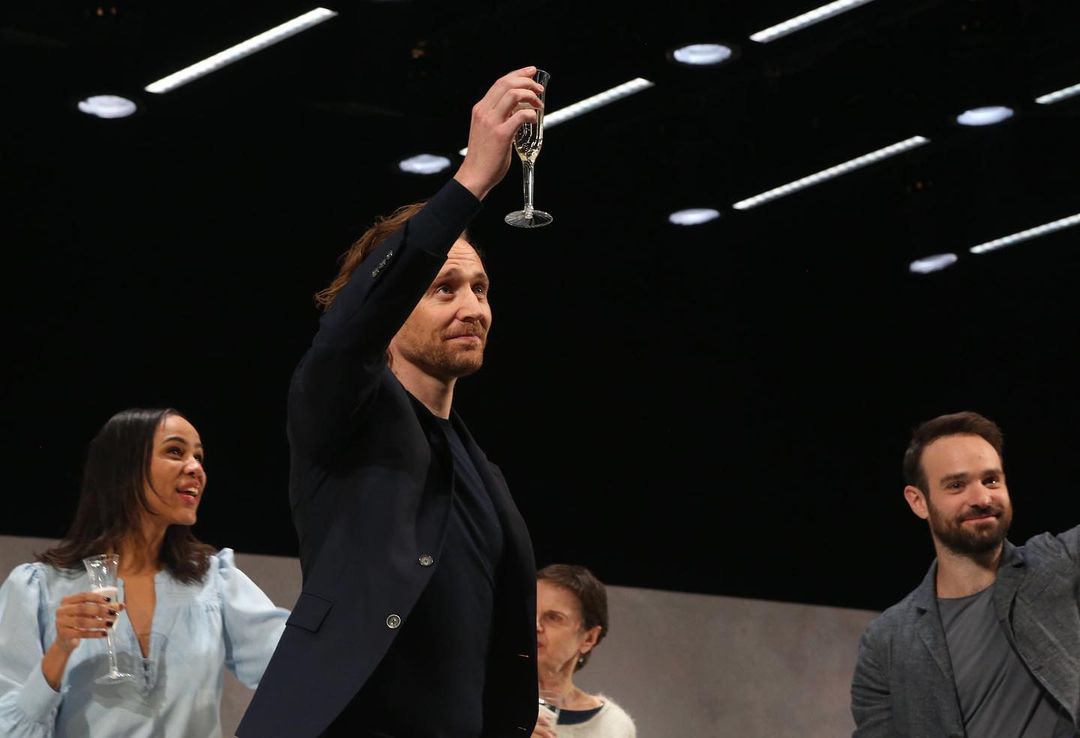 The idea of celebrities imitating their peers may seem a little weird until you stop to think about it. After all, actors become other people on a daily basis ... but mimicking someone you know and respect isn't the same as turning yourself into a fictional character. A lot of celebs really get off on imitating their idols and friends, though, and the results are typically pretty awesome ... although some are definitely better than others.

This is the post that started all of this, as I caught Tom on an episode of Graham Norton, doing his De Niro bit in front of Robert De Niro, which was just epic.

There are no losers in this game. Everyone wins with this.

Bradley Cooper (whom I love solely for a beautifully homoerotic, woefully unrecognized performance in a little movie called Wet Hot American Summer and no, there is no sarcasm to be seen here) is a fantabulous mimic. I mean, he's really good. He tackles De Niro, too, but his Christopher Walken is the real peach in this pie. (Incidentally, both he and Tom Hiddleston do impressions of Owen Wilson that are better than the real thing, but I'm a hater so take that with a grain of salt. Lots and lots of salt.)

Or, rather, a longer version because he only does a snippet on Graham Norton and it's worth seeing in its entirety. Also, there's no such thing as too much Loki.

5. Jamie Foxx Takes It to the Next Level

That is, Matt Damon imitates Matthew McConaughey. His impression is so legendary that it's a late show mainstay by now.

Well, Liam Hemsworth does his very best Woody Harrelson, but it was during a Hunger Games thing and I'm … I'm trying to be clever, I'm sorry. I'll stop now.

To be honest, I'm just such a huge fan of Christopher Walken and the way he speaks that I will watch anyone do an impression of him. Plus, Chris Pine gets cute points for trying.

10. Battle of the Clints: Jim Carrey

First, let us observe Jim Carrey's Clint Eastwood impersonation. Remember when Jim Carrey did things like this? Remember his stand-up days and his outstanding “In Living Color” performances? /nostalgia

11. Battle of the Clints: Bradley Cooper

Bradley Cooper is no Jim Carrey in terms of mimicry, plus Jim and that beloved rubber face of his can contort into almost anything. However, Bradley really loves doing impressions. So, who wins?

This is hilarious for the facial expressions alone. Look at this. This is marvelous. It takes talent to mimic that kind of intense craziness.

13. Leonardo DiCaprio Pulls out the Jack

People have been saying it for years – Leo has that Jack Nicholson thing going on, especially as he gets older. And he finally just did it. That is some Tim-Burton's-Joker, Here's-Johnny level Jack.

Here we have both Elijah Wood (my boyfriend) and Robin Williams (forever missed) trying their hand at the Nicholson. One is decidedly better than the other. Oh, Elijah...

15. Patrick Stewart and Ian McKellen as Each Other

This is the best thing that has ever happened. These beautiful men are the epitome of #friendshipgoals. They are BFFs. They are everything.

As Liam Neeson, Michael Caine, and James Bond, who doesn't really count since he's not really another celebrity, but then again, who cares? This is gold!

Kevin Spacey is my favorite guy. He's also my favorite impressionist – he's sometimes funny, sometimes uncanny, and almost always on point. I could have made an entire post about his impersonations, and picking one was awful. But here, his impression of Jimmy Stewart is so wonderful that it even moves the legendary Carol Burnett, so I think it's a pretty solid pick.

Do you have a favorite celebrity impersonation? Better yet, do you do one? SHOW US.