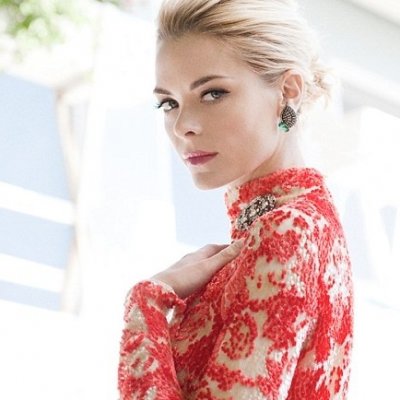 There are so many fantastic reasons to love Jaime King. She's recently become one of my favorite actresses and I think she's such a bright and positive light in the entertainment industry. She's an incredible role model for young women, is totally stylish, and is grateful for all of her supporters. What more could you ask for? Check out some of the reasons to love Jaime King.

I don't know why or how it took me so long to start watching this show but I finally did and I've fallen in love with it! Jaime brings a certain star quality to her character, Lemon Breeland, that you just can't help but get so invested in her. She's an incredible actress and her wardrobe on the show is too cute! If you haven't seen the show, you can binge-watch the first two seasons on Netflix. This is just one of many reasons to love Jaime King!

2. She Loves Her Fans

Jaime is constantly thanking her fans for their unconditional support. A line in her Twitter bio even reads, "I'm the one who loves YOU." I think that is so sweet! She tries to interact with her fans as much as possible and is always sharing photos of her life to keep her followers updated.

The talented actress is super close pals with popstar Taylor Swift! The two even spent the Fourth of July weekend together where they baked pies, lit sparklers, and went on a boat. Sounds like a blast, right? I feel like the two definitely have a lot in common so I can see how they get along so great. You can follow Jaime on Instagram (@jaime_king) to see all her cool photos with Taylor!

4. Her Sense of Style

Jaime always looks incredibly fashionable. Every time she hits a red carpet, she looks sleek, sexy, and sophisticated. What's so cool about her is that she keeps the 'sleek, sexy, and sophisticated' look even when she's NOT at a Hollywood event. Her street style is amazing and totally makes me wish I was her friend so that I would be able to raid her wardrobe! Do you have a favorite look from her?

Jaime's a fairly new mom and she uses her celebrity voice to raise awareness to "motherly situations." She recently posted a photo of her son breastfeeding and claimed it was to "share the idea that it doesn’t matter whether you breastfeed or formula feed – as long as you are loving and caring for your child, that’s all that matters... I think that it’s ridiculous that it’s okay to walk around with pasties or no clothes on, and that’s fashionable and cool, but it’s not okay to feed your child?” I couldn't agree more!

To keep in great shape, Jaime's committed to a healthy and active lifestyle. According to the actress, it's all about discipline and I couldn't agree more. She's also really into eating healthy. In a recent interview, she shared that she’s more into organic foods. “These foods are truly one of the greatest gifts I have given myself,” she said.

I think Jaime just radiates positivity. She's a really genuine and humble person and I like that what you see is what you get. Whenever she gets glammed up for a red carpet event, it's not even fair how gorgeous she looks. I love that she chooses to stay make-up free whenever she's not on set or at a red carpet, because it sends a great message to young girls. Always be comfortable in your own skin!

Well, there you have it. These are just seven out of many fantastic reasons to love Jaime King. Personally, she's one of my favorite actresses/activists! What do you love most about Jaime?