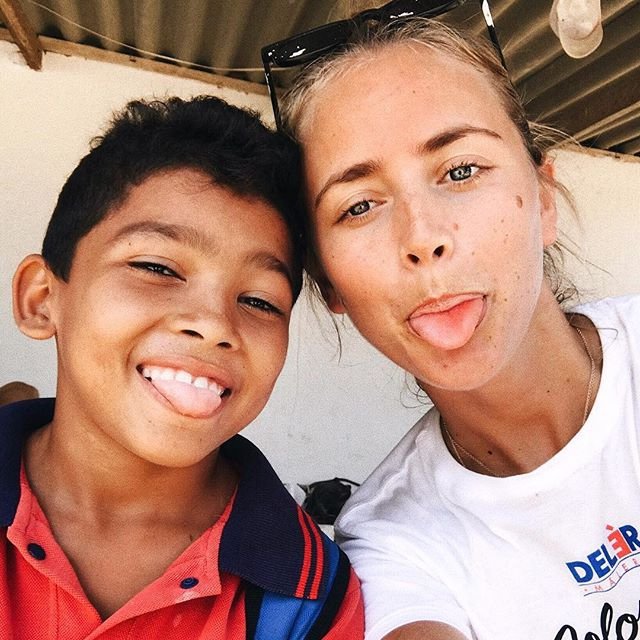 Celebrity Entrepreneurs are actually really popular these days – everybody and I really mean EVERYBODY is trying to make a name and then use it for commercial purposes. Some fail, some fail big time and some…some really deserve to be talked about not only because of their professional achievements but also because they’ve managed to build, run and profit from business that have very little or completely nothing to do with the profession that made them famous. These celebrity entrepreneurs are the crème de la crème and oh, they don’t have to beg for attention in order to earn money. In fact, I bet they could hide in a cave and their bank accounts would still scream “cha ching”! Want to meet these celebrity entrepreneurs and find out more about the things that keep their cash flow steady? Well here they are:

With a music career that speaks for itself and a high-end brand called L.A.M.B, Gwen Stefani certainly doesn’t need to prove anything to anybody and, in case she ever decided to retire, she’ll certainly have a haute couture cushion to fall back on! But, what makes her different than all other celebs that refused to settle for a mere ride on the money train and tried to get the get the driver to drop them off two stops further? What makes her one of those celebrity entrepreneurs we should look up to? Well, her fashion line was and still is good enough to attract buyers which means she doesn’t have to count on her celebrity status to sell it!

Speaking about talented celebrity entrepreneurs – I bet even P. Diddy himself can’t list all of his business ventures! Seriously, folks, this guy knows how important it is not to keep all of his eggs in one basket so in case his record label, Bad Boy Records, needs to be shut down or he decides to retire from the music business, he’ll always have his clothing line, his movie production company, his fragrance, his restaurant as well as many other side-businesses to ensure a steady cash flow!

You won’t see this famous supermodel strutting up and down the runway anymore and that, my friends, has nothing to do with the fact that, in model years, she’s…ummm… about 150 years old (give or take)! Iman is actually one very busy girl and, if I tell you that she owns a very successful cosmetic company, I bet you’ll totally understand why is that so. And since Iman Cosmetics is a business that earns millions of dollars each year, I think it’s safe to say this lady gave the term “relying on beauty to earn you money” a whole new meaning!

Having a successful talk show is not as good as it gets for Oprah, ugh-huh, she actually had to own it as well! But that’s just one of the things that makes money Oprah so unselfishly donates in hopes that, one days, this world would be a better place for every single soul living in it. This amazing woman is a brand, everything she touches literally turns into gold and she doesn’t even need to start a business in order to make profit because business owners dream about the day when they’ll see their product advertised by Oprah. Come on, you’ve got to respect that!

Primarily known as a director, highly esteemed by his colleagues, Francis Ford Coppola is actually quite of a businessman! He owns a movie production company, a food line, a vineyard as well as a couple of resorts as well as coffee shops in some of the most exclusive destinations all across the globe! Definitely one of the most successful celebrity entrepreneurs out there and, unlike some celebrities who have to be scandalous to stay relevant, this famous man can allow himself to crawl under a rock (or a gem, in his case) if he wants to!

But, hey, you don’t have to re-invent the wheel to be successful and Lisa Rinna certainly knows that! So, instead of choosing a radical approach, she decided to invest her money into a fool-proof, retail business! Don’t worry, though, you don’t have to be uberrich to shop in her boutiques because decided to go for well known, American brands such as Juicy Couture, Anne Segal as well as her own Bell Gray line named after her two daughters.

When you own a part of the NBA team and co-own a chain of nightclubs you don’t have to stop and ask yourself – Am I one of the most successful celebrity entrepreneurs? In fact, you don’t even have time to think about those things! Well, Jay certainly knows how it feels to get high fives by Knicks and Nets…not that it actually has something to do with the fact that he owns Nets. LOL! But, seriously now, let’s wish him luck because he really is a self made man, a very talented person and, of course, a real professional!

What do you think about these smart celebrity entrepreneurs? I’d say it’s a good reality check because it shows that even the richest famous people do worry about their future! So, if you’re relying on just one thing to solve all your financial problems take the advice from these celebrity entrepreneurs and never put all of your eggs in one basket!