9 Celebrity Relationship Scandals That We Still Talk about ... 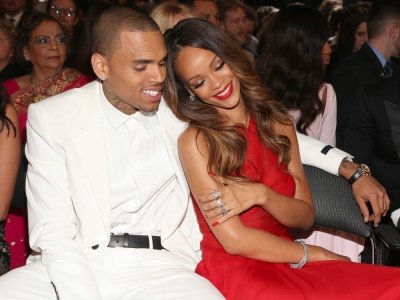 Celebrity relationship scandals keep us interested long after they've happened. Open a tabloid or gossip magazine on any given day and you'll find one ex harping about another (supposedly) or bashing a former lover's new flame (allegedly). Then again, some bitterness is all too real, and that's the kind of juice that fascinates us the most. Odds are, even though some of the following celebrity relationship scandals happened far in the past, you still know a lot of the details. 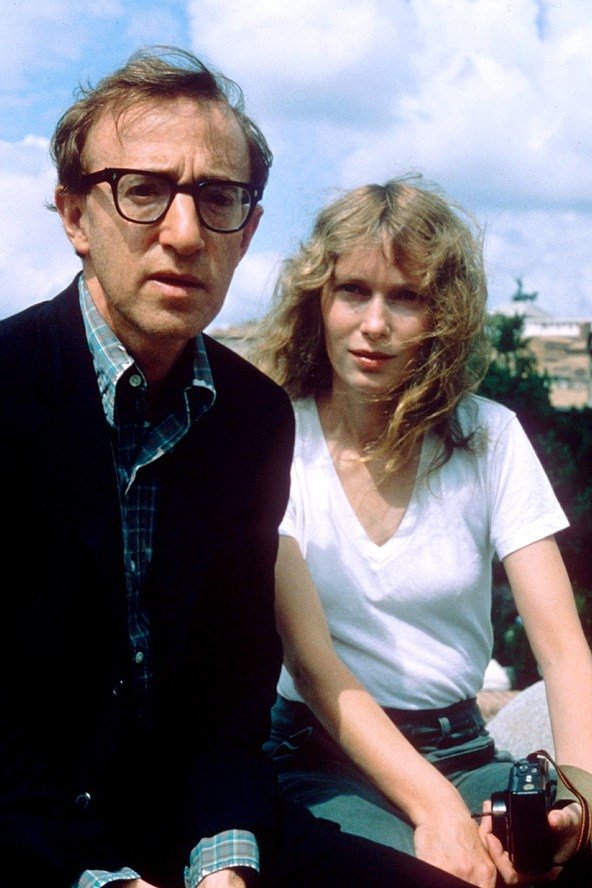 This tops my list of celebrity relationship scandals because Ronan Farrow just spoke out very loudly and very decisively after Diane Keaton accepted an achievement award on behalf of Woody Allen, and Dylan just released a very poignant open letter. Incidentally, Diane Keaton is one of Allen's former muses, and one of his former lovers. It's Mia Farrow, however, who plays an epic part in this scandal. If you don't know the story, she came upon some pretty solid evidence that Woody Allen was messing around with Soon-Yi Previn, her adopted daughter with former love Andre Previn. And it was true. Woody Allen arguably acted as a father to all of Mia Farrow's children, biological and adopted, but he still ran off with Soon-Yi. At the time, he was 56 and she was 21. It's creepy and the family is still clearly livid, although for more reasons than this. 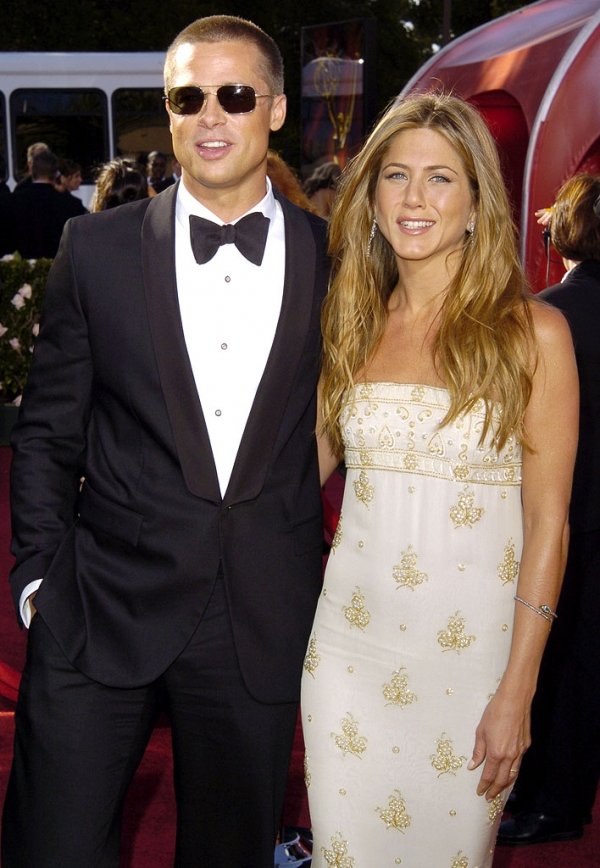 If you believe what you read, Jennifer Aniston is still pining over Brad Pitt and hates Angelina Jolie with a passion. Of course, if you believe what you read, Brad Pitt alternately hates Jennifer but misses her, and thinks Angelina is a harpy. The only true facts are these: Jennifer and Brad were married, and they were America's Sweethearts; Brad starred in Mr. and Mrs. Smith with Angelina Jolie, their chemistry was off the charts, and they may or may not have had an affair; and both participants are in different relationships. But it's still SUCH a scandal! Does anyone really believe that Brad and Jennifer are ever going to get back together? Show of hands? 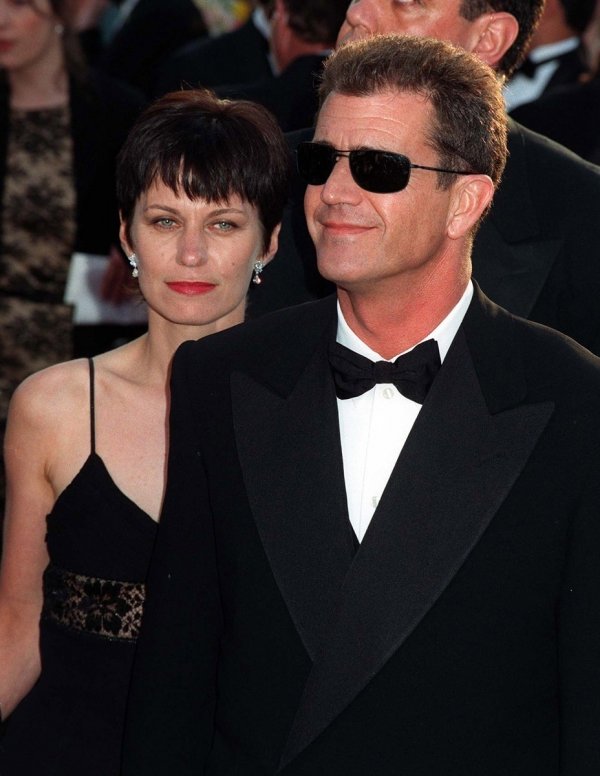 By all accounts, Robyn Moore and Mel Gibson had a true love match. They were together for almost 30 years, and at that point, you almost don't want to split because you've invested most of your life in one relationship. Besides, they were happy, right? It wasn't a case of two competing celebrities or anything. I'm not even fully prepared to blame this scandal on Oksana Grigorieva; I think Mel Gibson went crazy. To so publicly and bluntly disrespect your wife of almost three decades, and to then go on a seemingly endless bender on the crazy train? Maybe it was a mid-life crisis. If his behavior toward Oksana was any indication, Robyn was well shut of him anyway. 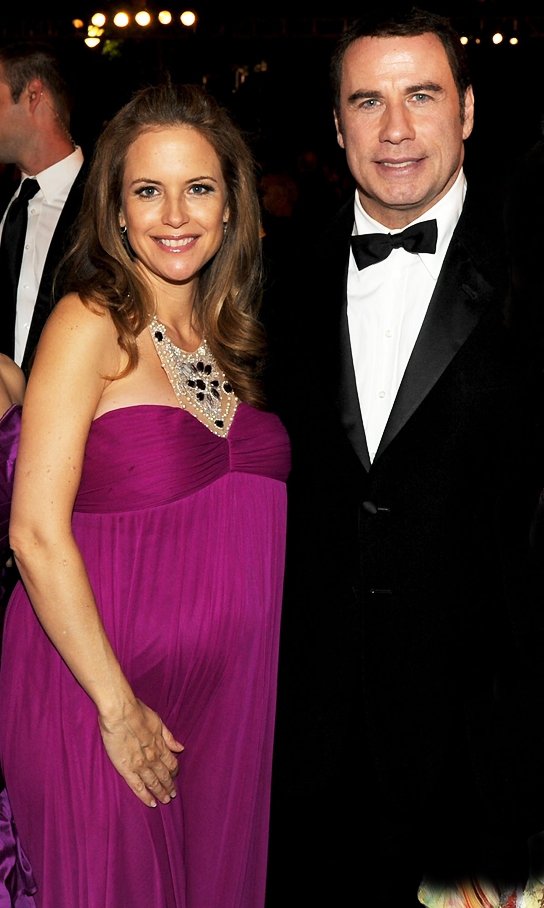 Not all celebrity relationships involve cheating, although a lot of them do. Okay, well, wait a minute. Not all celebrity scandals that do involve cheating end in a split. In the last few years, John Travolta's marriage has just been bombarded with cheating scandals. Adding to career-long rumors about his sexuality, men keep coming and coming, claiming that they've either had sex with or been solicited by Travolta. Nothing seems to be sticking, however, and his marriage is still intact (at least superficially), but you have to wonder about the dinner conversation between these two. 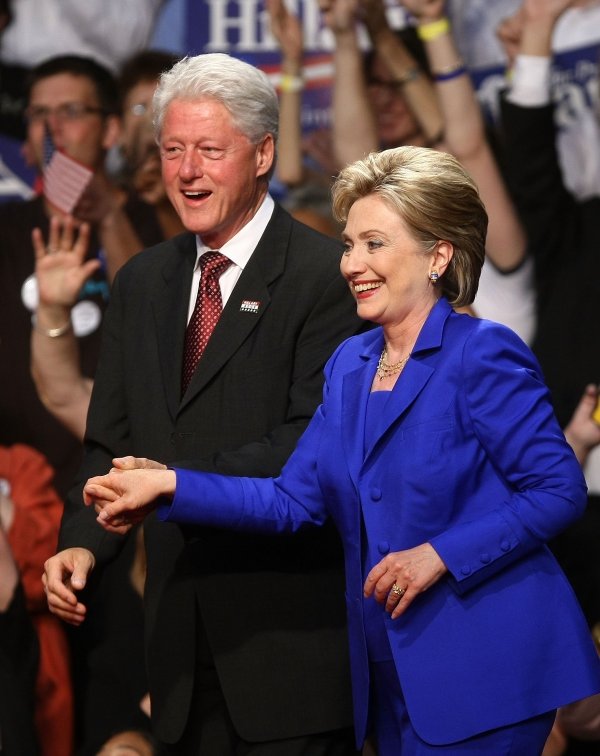 That little blue dress, huh? I consider these two celebrities because they're sort of superstars, so bear with me. This was the scandal that rocked the White House, and lead to hours of some of the most intriguing, raunchy testimony you'll ever read. Seriously, Google the transcripts; I couldn't put that stuff down. Monica Lewinsky is at the center of this scandal, to the point where it's still the only thing anyone really remembers about Bill Clinton's presidency. Yet, by all appearances, these two persevered. 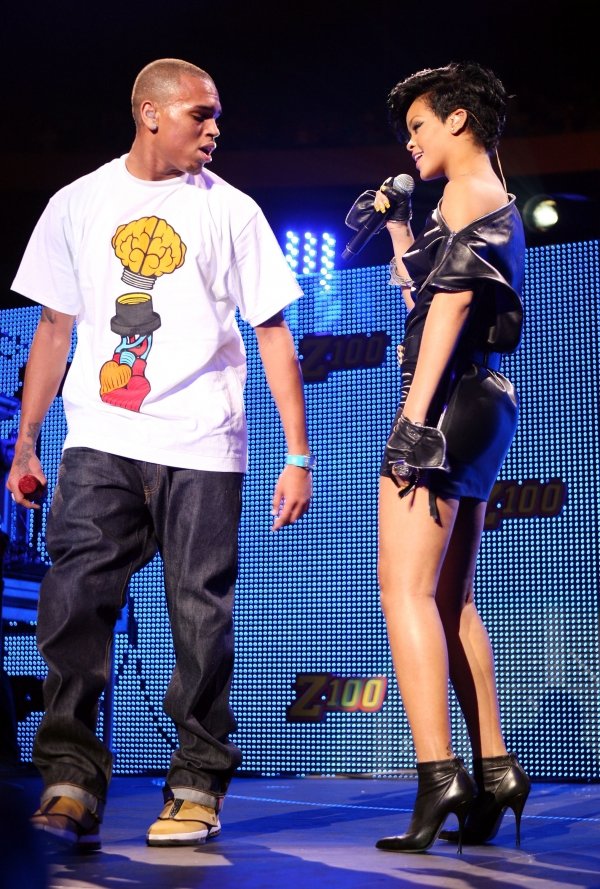 I can barely even talk about this one, but the tabloids, gossip rags, and fans have no problem. Chris Brown, in my humble open, deserves whatever flack he gets; no one's going to forget this scandal for a long, long time. To me another sub-scandal, if you will, is Brown's seeming lack of understanding. He just doesn't get why people still talk about his relationship with Rihanna and its violent end. Really, Chris? For really real?

7 Jada Pinkett Smith and Will Smith 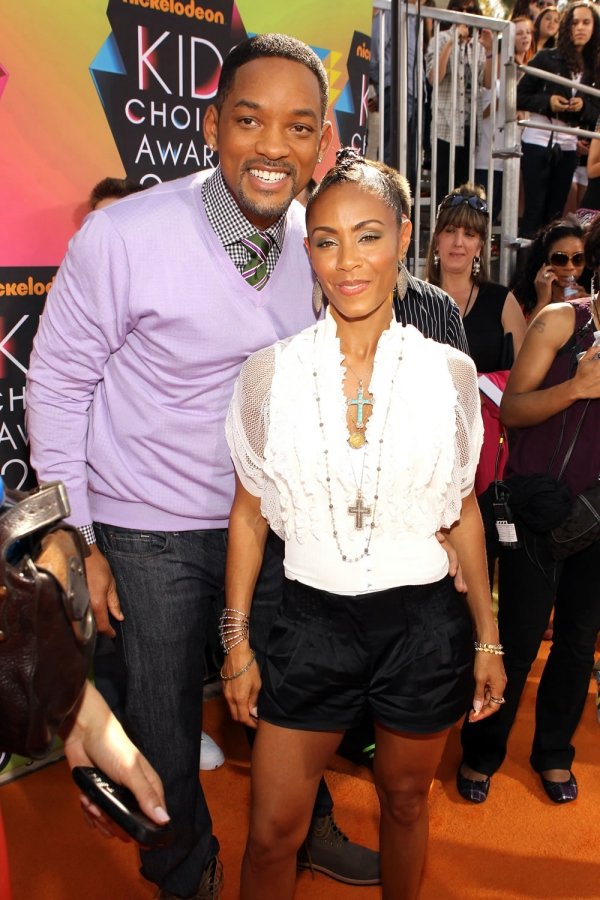 These two never seem in danger of breaking up, because they're always right there on top of any rumors. They're also quick to divulge juicy little tidbits about their love life together … and with others, maybe, because insiders often posit that these two have all but admitted to some bisexual swinging. That's all well and good, but one particular piece of gossip – that Will has a somewhat serious, steady male lover – still persists. When it erupted, it quickly became scandal-ish, but say what you will about these two, they seem to be handling it pretty well. 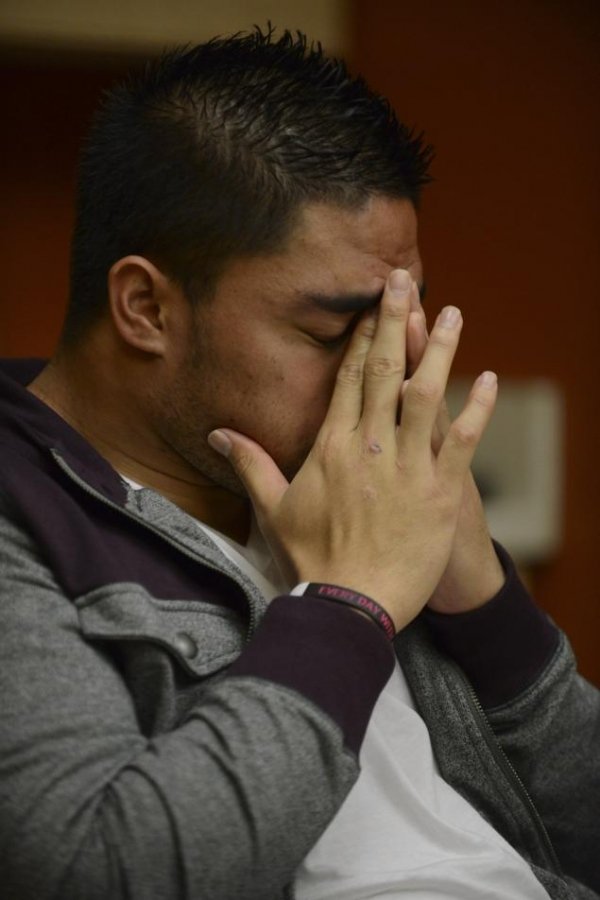 Forgotten about this one? Sports gossip hasn't. Manti Te'o may go on to do some great, great things, but he's never going to live down his imaginary girlfriend. She had all the high drama a fake girlfriend should; she even died tragically. Actually, she had a horrible car accident and then died tragically, of leukemia. And it was all made up, thanks to Ronaiah Tuiasosopo. I can't even with this scandal. Manti Te'o got catfished, y'all. 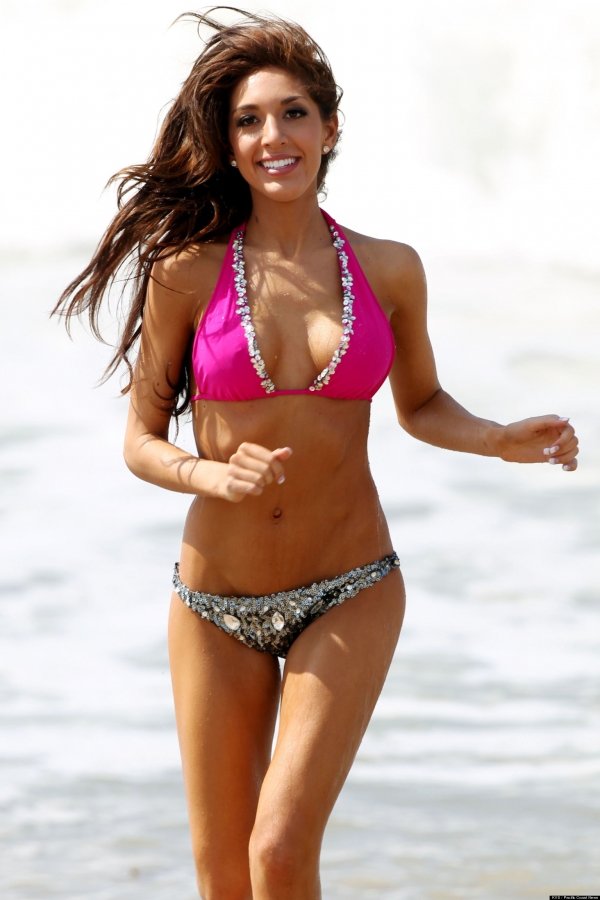 This one is recent and not really worth mentioning because calling Farrah Abraham a celebrity makes my teeth hurt, but the gall of this girl. I think if she didn't keep saying that she had sex, with a boyfriend, and they filmed it, and it totally just happened to get out, I might not be so bitter and the tabloids might stop talking about it, but although this Teen Mom can openly and enthusiastically cast her birgie and make it a sex toy, she can't cop to a totally fake sex tape that she made solely for profit.

It's interesting that so many celebrities play the love game so badly. I've always wondered why that is. Is it because they're put up on pedestals and made to believe they can do no wrong? Do they end up with the wrong people because they see them all the time and mistake that for love? Maybe it's just hard to find a real, lasting relationship in such a superficial business. What do you think? And while we're at it, what celebrity love scandals do you find distasteful?