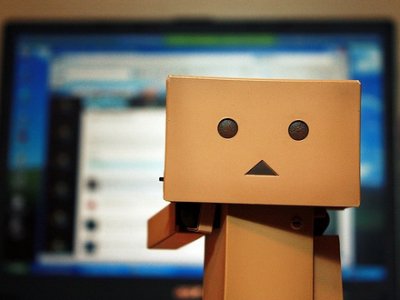 Celebs on Twitter — following them and reading their antics is one of my favorite time wasters! I tend to think Twitter is best for spreading joy, so I like to follow celebs on Twitter who keep it light, and funny, not serious. Example: as much as I adore Eddie Izzard, I don’t follow him on Twitter because he uses it to tweet about his work with UNICEF. Not that I have an issue with UNICEF… I happen to think it’s fantastic that Izzard works with them, I just wish he’d JOKE more, guilt less. So if you feel the same, keep reading! Here are 9 celebs to follow on Twitter.

I freely admit I wasn’t much of a Conan fan until I started following him on Twitter. He was the first celeb on Twitter I ever followed, and he’s freaking HILARIOUS. He tweets about once a day, and each little chirp is a gem. A recent favorite — “Just got out of a parking ticket by confessing to a murder I didn’t commit.”

Last year, when a cobra from the Bronx Zoo escaped his enclosure, it became international news. Apparently, this particular cobra isn’t just a clever escape artist, he’s also quite technologically savvy, harnessing the power of the internet to plan his next attempt. He’s clever, charming, and witty — too bad he’s a cobra, and not a single guy… he’d totally be my type…

One of m favorite comedic actors of late is Russell Brand. His tweets aren’t as funny as his films (mostly because you can’t see his facial expressions), but they’re still a riot. One of his recent tweets — “I am on the Thames. I came to encourage Walliams. I am now in the hands of pirates between Henley and Hambledon. HELP ME!”

The writing in my first book has been compared to that of Chelsea Handler, except without all the sex. Because she’s a laugh a minute, I’m inclined to be flattered. She’s one of the few women celebs on Twitter that I follow… though most of her tweets are links to her upcoming shows and stuff, she still comes up with a zinger on occasion.

Is it wrong that my favorite character from the Harry Potter series is Snape, at least on Twitter? I mean, Ron’s tweets are interesting and often funny, too, but Snape’s take the cake. He’s as wry, wicked, and witty as he is in print in the original books, or as played by the marvelous Alan Rickman. BTW, I do not follow Alan Rickman on Twitter, just Snape.

Here is the second of two female celebs on Twitter that I follow, Sarah Silverman. She’s wicked funny, and so smart! Her tweets have an edge to them, and it seems that she does pay attention to what’s going on with her fans and followers.

I’ve been a fan of Jimmy Fallon and his brand of comedy for a long time. He’s hilarious! I don’t watch his talk show, but I do follow him on Twitter, and his humor translates well in 140 characters — not every celeb on Twitter works in that tight parameter very well.

Have you noticed a theme yet? Because I think Twitter is best used for humor, most of the celebs on Twitter I follow are comedians. I follow Bill Cosby because he actually seems to be tweeting on his own, and because he replies to people who tweet to him, and because he’s funny.

Here’s the third female celeb I follow on Twitter. She’s so positive, and so open and obviously caring — and funny! I love Ellen!