7 Reasons Why Kendall Jenner is the Next Big Thing ... 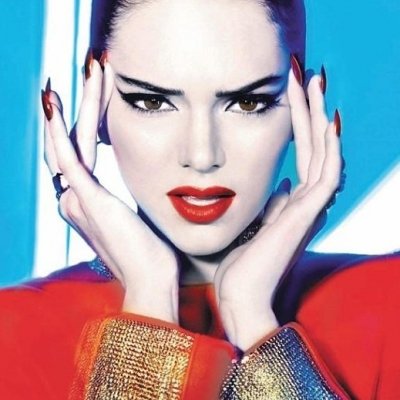 Kendall Jenner is making quite a name for herself in the fashion industry. She is determined to leave behind the fame by association with the Kardashian side of the family, and achieve something on her own! It’s refreshing to see a young woman justly attain her dream with her own hard labor and sweat as opposed to choosing the easy way out. And truthfully, whatever she is doing is working! At just 18 years old, Kendall Jenner has already impressed the respectable people in the fashion industry and built a desirable reputation for her career.

1 She is Young and Gorgeous

In order to make it as a model, you have to be young and beautiful, and Kendall Jenner already has both of those requirements checked. She is youthful and full of energy, plus she has the face and figure that will book almost any job. Katie Grand, a stylist for Vogue, recently said, “I’m happy to see her in high fashion, she looks great, she has a great figure and is easy to dress. She has long elegant limbs, she’s one of those giraffe phenomena who walk in and look they were drawn that way.”

2 She Has Great Potential

At this point, with her looks, talent and fame, she has everything it takes to make it big in high fashion or just Hollywood in general. She is in every magazine, red carpet event, and celebrity website. In fact she already has a fashion line for Pacsun in collaboration with her younger sister, Kylie Jenner. Moreover, together they are the authors of Rebels: City of Indra, which dropped on June 3. The Jenner sisters have managed to keep their lives as private as they could and instead focus the spotlight on their work.

3 She is Serious about Fashion

Despite the public scrutiny and harsh judgments, Kendall Jenner has been very persistent about her modeling career and she is not messing around! Recently she had one hell of a debut when she walked in Marc Jacob’s NYFW show, along with Giles, Givenchy, and most of all Chanel. She even appeared in W Magazine’s February issue and landed a spread in the upcoming issue of Vogue Paris. She is becoming one of the most buzzed-about supermodels-in-training!

4 She is Hard Working

Living the life of a teenager under a magnifying glass while trying to make it as a model, designer, and author is a lot harder than it seems. However, Kendall has managed to handle her situation and family drama with grace. She has tunnel vision on her career and I am guessing the dark side of fame is none of her concern.

5 She is Reserved and Humble

Out of all of the Kardashian and Jenner siblings, Kendall Jenner seems to be the most humble, quiet and reserved. With everything that surrounds her family, this is quite surprising. However, her calm nature comes with a lot of mystery, which can be a great thing!

6 She Doesn’t Use Her Name to Get Places

Huffington Post has revealed that the aspiring model has dropped her last name and now just goes by the name of Kendall. The young model doesn’t want to receive any handouts, despite what others may think. Frankly, it may be best to put some distance between her and her reality TV family for the sake of her career.

We all know that in order to truly make it big, you have to be likable. And if you were to separate Kendall from her family drama, you have to admit that this rising star is delightful to observe. She has charisma, charm and likability that others lack. Plus she has shown that she is human too, during the Billboard Awards, and may make mistakes along the way to her success.

It must be hard to make a name for herself when most of the media and the public judge you based on your family’s actions. However, Kendall Jenner is doing the best that she can and it seems like she is succeeding! Do you think she will make it as a high fashion model?