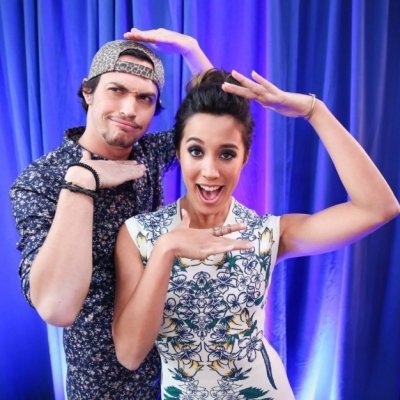 If you didn't already know, Alex & Sierra got their start on The X Factor. The duo auditioned together with a cover of Britney Spears' "Toxic." I highly suggest you watch their audition video because it makes you fall in love with them within the first two minutes of it. Their version of the song has become my favorite version of "Toxic"! This is just one of the many reasons to love Alex & Sierra.

2 Their Love for Each Other

This duo will make you fall in love with their love. They're the sweetest couple around! They're constantly posting the most adorable photos together on their Instagram account (@alexandsierramusic), so make sure you're following them! The two also send sweet and encouraging messages to each other on Twitter. I'm telling you, they're beyond adorable.

3 Their Love for Their Fans

Not only do Alex & Sierra have major love for each other, they've got major love for their fans. They're always interacting with fans on social media. You can tweet them (@AlexandSierra) and you might even get a follow from them! I love that the two treat their fans like their friends.

Before making it big on The X Factor, the duo used to upload covers on their YouTube channel! I'm pretty sure I've spent hours watching all of their videos. When you run out of those, you can always re-watch all of their X Factor performances! They always manage to take an awesome song and reinvent it in a way that makes it sound like an Alex & Sierra original.

The band recently released their single, "Scarecrow," and it's so awesome! Their lyric video even featured some super cute puppets, LOL! The song is just one of the many awesome songs from their upcoming album. They even have a jazz song (one of their favorite genres) called "All for You." I can't wait till it's released!

I got the chance to meet the two and was blown away by just how sweet they were! After a five minute conversation, I felt like I was already best friends with them. Is that weird? Anyways, they were two of the nicest and realest people I've met.

Overall, these two should be loved for their raw talent. When they perform on stage, they just radiate happiness. You can totally tell that the stage is like their second home. I love true musicianship and these two are the epitome of that. Their talent helped them win The X Factor and I have a feeling that it'll take them even further.

Well, there you have it! These are just seven out of many fantastic reasons to love Alex & Sierra. I'm so excited to see their career go to the next level. If you're a fan of the awesome duo, what's your favorite thing about them?