11 Best Celebrity Tattoos That Youre Sure to Love ... 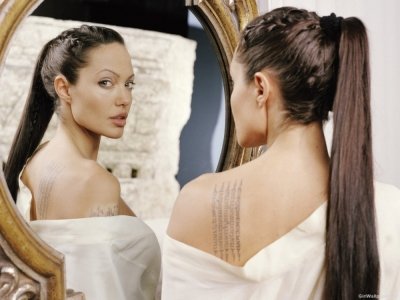 We get some of our tattoo ideas by drawing inspiration from some of the best celebrity tattoos we can find, and often it’s from our favourite celebrities. Tattoos are the ultimate artistic form of self-expression. So if you’re going to permanently ink something to your skin, it should be something that will forever mean something to you! Sometimes, you know what you want, but you can’t think of where to put it on your body, or even how you’d like it to look. So here are the 11 best celebrity tattoos that you’re sure to love! 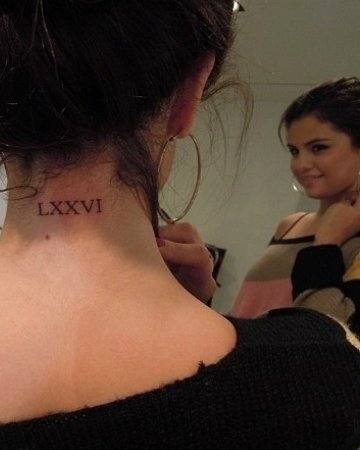 I think roman numerals are such a beautiful and creative way to ink your skin. Lots of celebrities have done this in the past, like Rihanna, Angelina Jolie, and most recently – Selena Gomez. The best celebrity tattoos are tasteful, but also leave a little mystery as to what it means. Selena’s ‘76’ tat is rumoured to be dedicated to a very close family member! Roman numerals are gorgeous looking, and you can pick any number that means something to you. Plus since it can be as small and large as you want, and you can easily place it anywhere on your body! 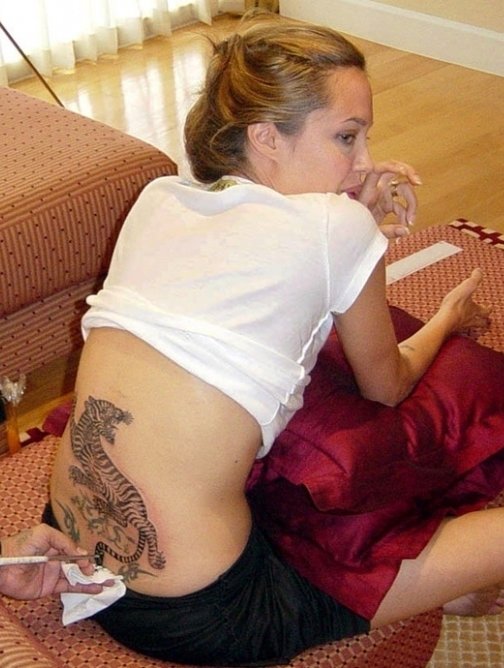 Ouch! This looks painful as crazy, especially since this type of tattooing isn’t like what we usually see here in the west! Either way, Angie’s tiger tat is definitely on my list of best celebrity tattoos. It’s so beautiful that despite the fact that it’s on her lower back, I never think of it as a tramp stamp. Tattoos like this take a major commitment, especially because of the size of it! What I love about this tattoo is that it looks like a tiger out of those old Asian paintings, not something you see a lot of these days! 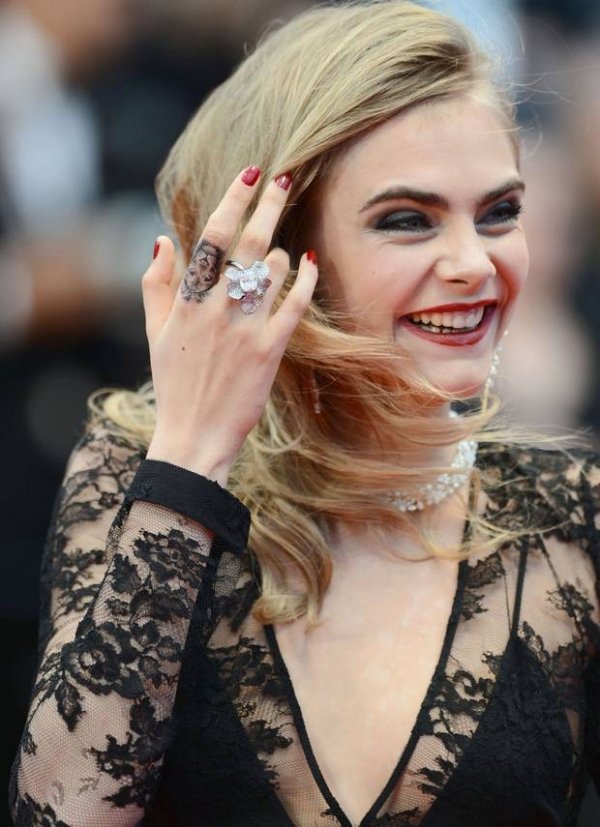 This was reportedly inspired by Rihanna, this British import’s first addition to her tattoo collection is one of a lion on her pointer finger. This has to be one of the coolest and best celebrity tattoos I’ve seen this year! It’s fierce and ferocious, and for those of you who want something a little bit different, this may be the perfect inspiration for you! Reportedly she got the lion because it’s her zodiac sign, but I personally like it better than that trending ‘Shh’ tattoo everyone has been loving lately. 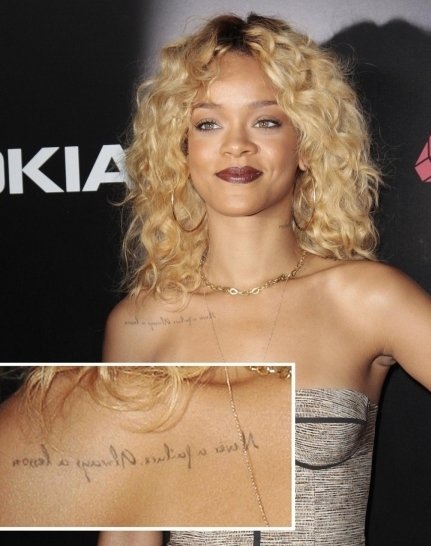 RiRi has a TON of tattoos! This we know for sure, but my favourite one has to be her mirrored that tattoo. It’s written so that when she looks in the mirror, it says ‘never a failure, always a lesson.’ It’s creative, it’s clever, and it’s very simply done, which makes it one of the best celebrity tattoos in my eyes! It becomes quite personal, and serves as a perfect little reminder for you whenever you look in the mirror. Whatever saying it is that gets you through, why not take a cue from Rihanna and make it mirrored? 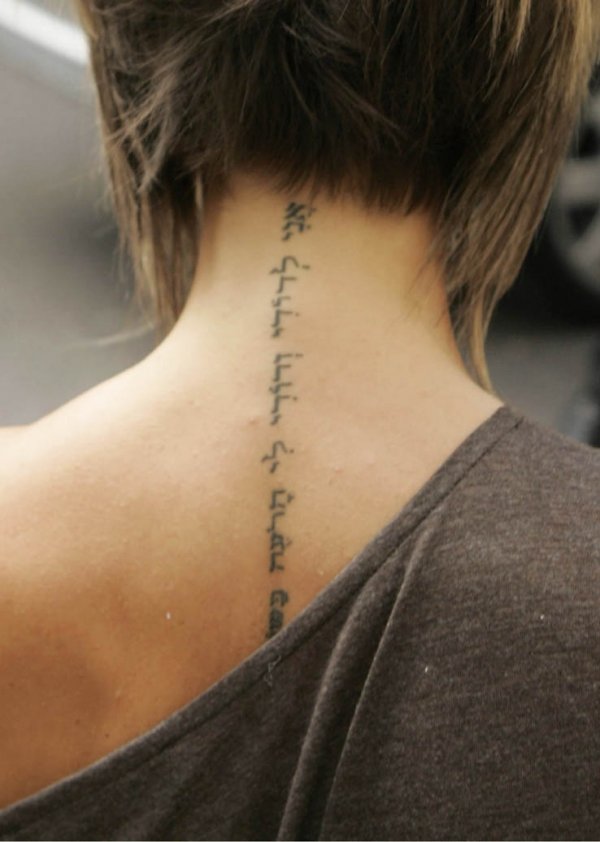 Of all celebrity tattoos, you know that if Posh Spice has it on her body, that it must be classy. Since I also love VB it might be a bit of a bias that I think she has one of the best celebrity tattoos in the celebrity world. Written down her spine in Hebrew, it reads ‘I am my love’s, and my love is mine who browses among the lilies.’ It’s really a beautiful saying, and if you’re thinking of getting ink to pay tribute to your other half, something like this would be just perfect! I love tattoos that have a true, beautiful meaning behind it. Emma Stone is one of my favourite young actresses. Upon figuring out the story behind her wrist tattoo, I fell in love with her just a little bit more. She got this for her mother, who had just successfully battled cancer. It’s of a blackbird’s footprint, both as homage to her and her moms’ favourite Beatles song, and because of how unique they are. Plus, Paul McCartney specifically designed it for Emma. See? Definitely one of the best celebrity tattoos out there! 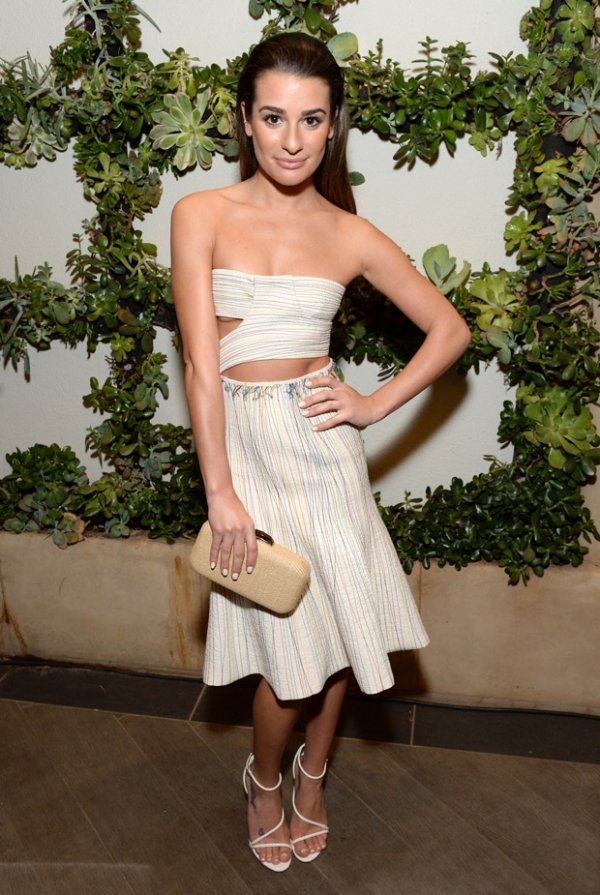 This one is really sweet, and a beautiful sentiment. As we all know, Lea lost her boyfriend Cory Monteith this year. Since Lea is a pretty big tattoo fan, it comes as no surprise that she got a tattoo to commemorate what he meant to her. She got the words ‘if you say so’ tattooed, because they were the last words he spoke to her, and also the title of a song she wrote for him. I think some of the best celebrity tattoos are the ones that have the touching story behind it, and this one definitely does! 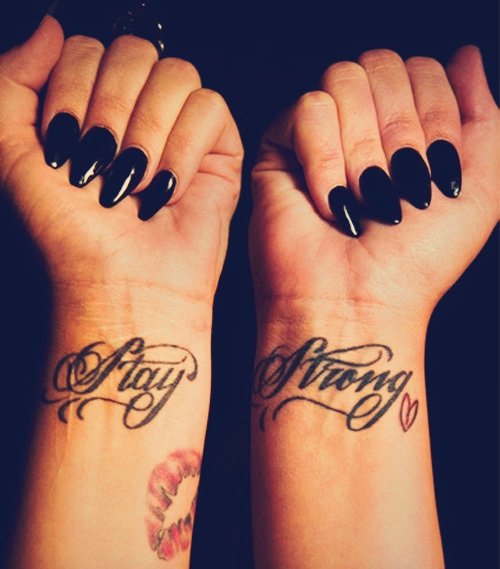 Anyone who knows Demi’s backstory will understand that this is more than just a seemingly cliché tattoo. All the struggles that she went through, it’s beautiful that she has ‘stay strong’ written on her wrists. Demi used to cut herself; thankfully she’s been through rehab and has recovered since. If you’re looking for a place to place your tattoo, think about a place on your body that’s special to you. The best celebrity tattoos are placed in a special spot on their body, and the story behind Demi’s placement is inspiring. 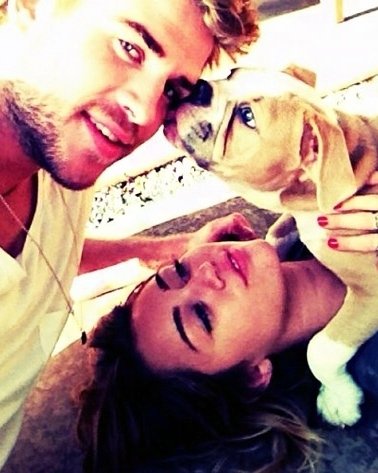 Couple tattoos are very, very popular. While I don’t really agree with them, there are a lot of ideas out there are pretty cool, but this is my favourite that I’ve seen so far! Liam and Miley didn’t get matching tattoos, but instead they each tattooed a part of a quote to their forearms. It was a quote from one of Benjamin Franklin’s speeches, so when you read them together, they make a single sentence! I thought that was pretty cool, earning it a spot as one of the best celebrity tattoos! 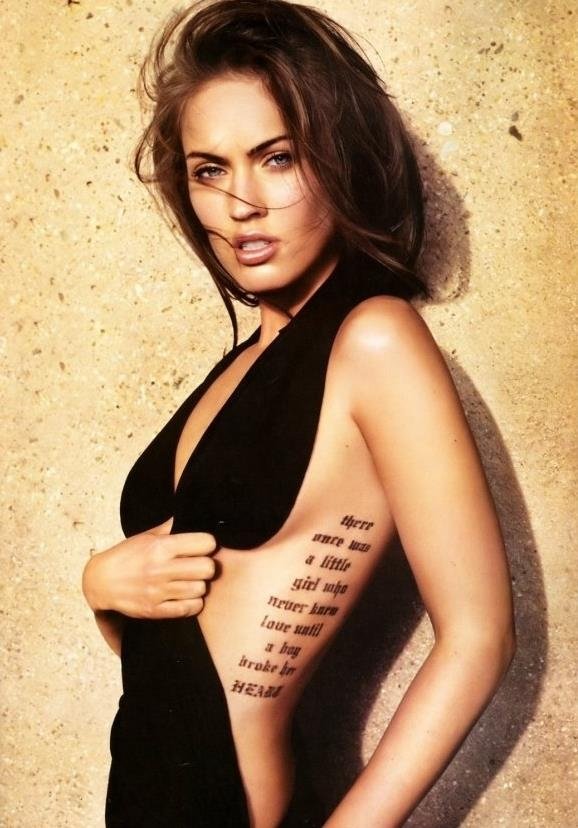 Megan Fox is without a doubt one of the coolest celebrities around. Sure she’s gorgeous and funny and witty, but she’s also on the list of having one of the best celebrity tattoos around. Of all the tats she has, this one is my favourite. The quote is original, unique, the text style is gorgeous and it’s on such a unique part of her body. She is living proof that if you want a larger tattoo, you can make it look unbelievably classy! 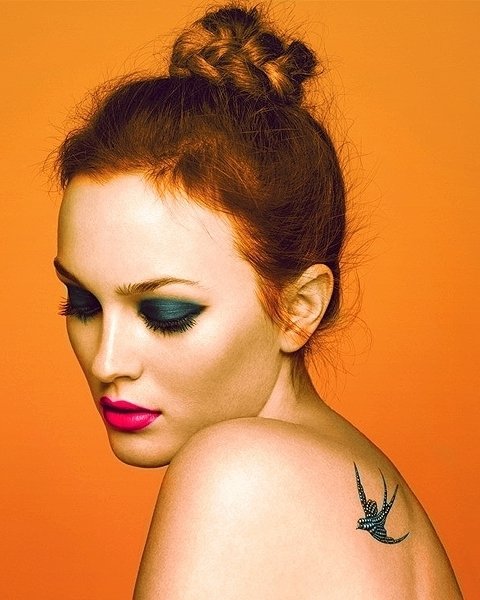 First off, who doesn’t love Leighton? She’s practically the complete opposite of her famed Gossip Girl character and has some cool tats to boot! My favourite one is of a swallow on her back left shoulder. It’s simple, it’s sophisticated, and it’s a beautiful work of art as well. I think what makes the best celebrity tattoos is something that is simple yet classy. Leighton’s swallow tattoo definitely fits that category!

Everyone has their own list of celebrity tattoo inspirations, and if I’m ever brave enough to get one, then these are the ladies I’ll be looking towards! We’ve all seen some horrendous tattoos on celebrities, and the common thread here seems to be that the best tats are personal and classy! So tell me, who else do you look to for tattoo inspiration?