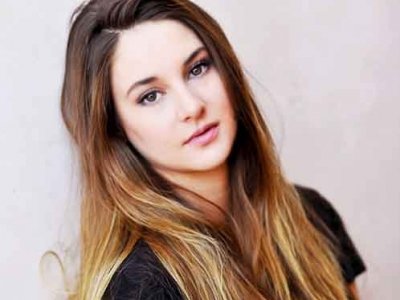 Shailene Woodley might look like an average girl, but you'll find yourself questioning whether she's of this world whenever she opens her mouth. The "Divergent" star says some stuff that makes her sound suspiciously like a mystical wood nymph from Middle Earth or some other magical land. We love all the wacky things that Jennifer Lawrence says, but Shailene Woodley's comments about her "alternative lifestyle" are absolutely fascinating. So sorry, J-Law – Shailene's our new favorite actress who says crazy stuff and stars in a movie based on a popular dystopian young adult novel. Here's a look at some of her best quotes:

During an interview with Into the Gloss, Shailene Woodley revealed that she likes to eat clay. The actress learned about the practice of eating clay from a taxi driver and advised other women to quiz their taxi drivers about the customs of their homeland. Then she said this: "My friend starting eating it and the next day she called me and said, 'Dude, my s**t smells like metal.' She was really worried, but we did some research together and everything said that when you first start eating clay, your bowel movements, pee, and even you, yourself, will smell like metal." Cool—everyone will think that you're an android.

2 Her Va-Jay-Jay Likes to Sunbathe

Shailene believes that lady parts need to get certain vitamins in order to avoid certain "genital issues." "Another thing I like to do is give my vagina a little vitamin D," she told Into the Gloss. "If you live in a place that has heavy winters, when the sun finally comes out, spread your legs and get some sunshine," she continued. This sounds weirdly relaxing. Shailene better hope that the paparazzi didn’t read that quote.

3 Her Hair is Usually Dirty

The secret behind Shailene's thick "My Little Pony" mane is simple: she avoids washing her hair. "I only shampoo it like once a month – the oilier, the better," she told Into the Gloss. This actually isn't that weird. One blogger made headlines a few months ago because she said that she hadn't washed her hair in five years. It didn't fall out or become an unmanageable mess – it looked like healthy, normal hair. Still, this Shailene quote deserves a spot here because you probably won't hear of another female celebrity skipping shampoo for weeks at a time.

Not really, but she does use something called mugwort (wasn't this mentioned in one of the Harry Potter books?). Shailene says that the plant enhances dreams when you burn it like sage before going to bed. "It's found in all parts of America, East Coast and West—anytime you see weeds growing through cracks in a parking lot, there's probably mugwort," she told Harper's Bazaar. "I'm no expert, but when I've tried it, I've used a technique where you fall asleep while knocking on a wall." Hopefully she wasn't living in an apartment when she nodded off while knocking.

Shailene talked about her morning routine during an Interview magazine interview. Here's how she described it: "The second I wake up, I scream very loudly [sings to the tune of "Good Morning" from Singin' in the Rain], "Good morning! Good morning!" And then I scream out, "Exciting day! Exciting day!" I feel like it completely sets the mood for the whole day." It's great that she's so happy about waking up, but what if she's dating a guy who isn't a morning person? Maybe burning some mugwort before bedtime will make him more accepting of her noisy habit.

6 She Likes to Imagine Being Very Heavily Pregnant

Shailene offered some bizarre beauty advice at the L.A. premiere of "Divergent." "Get in a bath and look at your body and be like, 'Wow, thank you so much for hosting my mind and my heart,' like as women you know, and also be pregnant with the world," she said. No amount of vay-jay-jay sunshine can prepare your body for giving birth to that many people. If anyone has any idea what she was trying to say, please feel free to explain in the comments.

7 Hopefully Shailene Never Comes down with a Serious Illness

Shailene is doing a terrible job of taking advantage of her celebrity status. She could be living in the lap of luxury, but instead she's living like a character on "The Walking Dead." “I think everything about my lifestyle is fairly alternative," she told Flaunt magazine. "I gather my own spring water from mountains every month. I go to a farm to get my food. I make everything from my own toothpaste to my own body lotions and face oils. I could go on for hours. I make my own medicines; I don’t get those from doctors. I make my own cheese and forage wild foods and identify wild plants. It’s an entire lifestyle. It’s appealing to my soul." It's cool that she's ready for the zombie apocalypse, but I really hope that she goes to the doctor if she gets really sick or injured. After all, vadge sunshine isn't a cure-all.

It's kind of fun to poke fun at the crazy stuff that Shailene Woodley says, but I actually really respect the star for speaking her mind. It's refreshing to hear a young star with thoughts and ideas that are so different from the Hollywood norm. You can also tell that she truly cares about the state of the planet and really wants to make a difference.
So which Shailene quote is your favorite?