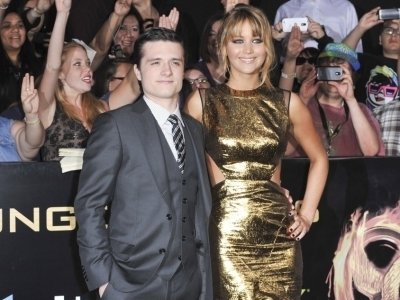 Everyone loves a few good will they/won’t they celebrity couples. I’m sure we can all think of that one couple who claims they are best friends and nothing more. They’re the couple that we hope and wish are dating in real life. Usually, they both end up marrying different people for a few years and we’re left crying that they actually were just friends. Sometimes, though, our favorite will they/won’t they celebrity couples actually do end up together, and we have couples like Ashton Kutcher and Mila Kunis to thank for that!

Is anyone else just assuming that they’re dating these days? I refuse to live in a world where Ryan and Kelly didn’t end up together, and they call each other soup snakes. If you’re an Office fan you know why this is so important. Yes, they break every fan of The Office’s heart every time they tell us they’re just friends, but aren’t we all just waiting for the day they announce they’re engaged? Mindy Kaling and B.J. Novak are definitely one of my favorite will they/won’t they celebrity couples. How could they not be?

Obviously Michael Douglas and Catherine Zeta Jones were married, but now they’re divorced, separated, back together, or somewhere in between. With constantly different answers from both parties, it’s hard to keep track, but I think we’re all hoping they get back together soon!

They say that they’re just best friends, and maybe they are, but for just being best friends, he sure is a surprise guest at a lot of her shows. He also introduced a new song a few months ago that seems to be like it’s almost definitely about Taylor. It’s called "Tenerife Sea," if you’re just as interested as figuring out their relationship as the rest of us!

A lot of people don’t know this, but Ryan Gosling and Rachel McAdams actually hated each other throughout filming The Notebook. I know, it broke my heart too. But they dated for a little while there, and everything was great in the world. Then they broke up, and our hearts broke again. There have recently been some rumors that they’re back together, and even though he’s still with Eva Mendes, we can’t help but dream that everyone’s favorite movie couple ends up together eventually.

She’s dating Nicholas Hoult again so the chances of Josh Hutcherson and Jennifer Lawrence dating any time soon are very slim. Even so, they’re the celebrity best friends everyone secretly wants to end up together. They’re so perfect in their interviews together; I can only imagine how awesome it must be on the Hunger Games' sets!

Leonardo DiCaprio and Kate Winslet are another classic romantic movie couple who we all wished would end up together. Sure, she just had her third child and she’s engaged, but aren’t we all holding out hope that Jack and Rose really will end up together?

They didn’t have the greatest relationship in (500) Days of Summer, but their real-life friendship is so adorable that I think we’re all counting down the days until he’s announced as a guest star on New Girl, they announce that they’re dating, or even possibly both. Whatever they are, whether just friends or a couple, they are definitely adorable.

Who’s your favorite real-life will they/won’t they celebrity couple? Mine’s definitely a tie between Mindy Kaling and B.J. Novak and Taylor Swift and Ed Sheeran! I’d love to hear your favorites in the comments!