11 Funniest Celebrity Impersonations That Will Make You Roar with Laughter ... 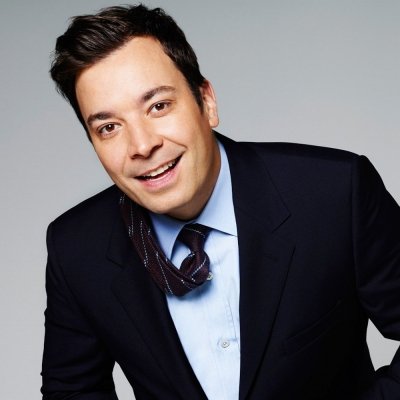 I don't know about you but for me, Jimmy Fallon does some of the funniest celebrity impersonations on TV today. For example, here's his impressions of what it might sound like if various musical acts were to advertise Troll Dolls. He's opening up for Counting Crows and, of course, he spoofs them about 6:30 into the video. The Dave Matthews impression is Spot. On.

I know the mention of race in the song offends some people, but In Living Color was a show geared toward an urban black audience. Making fun of Vanilla Ice, a white rapper from the '90s, was par for the course. And, well, a lot of people thought he was ridiculous anyway.

Yes, I'm mentioning Project Runway again. Don't look at me that way. Santino Rice of Season 2 did a lot of celebrity impressions, I guess to blow off stress. For instance, here's one of Tim Gunn. I don't know about you, but nothing about a dapper man like Tim Gunn screams “Nine Inch Nails” to me. He seemed to enjoy the impression, though. On a side note, I love Andrae; I should have put him in my “PR Hottie” article.

I'm not sure what the “joke” is about Alan Rickman, but I love this. Hearing them say rather “unsophisticated” song lyrics in Alan's “sophisticated” accent is just hilarious. Hell, anything Benedict Cumberbatch says sounds sophisticated, imitation or not. I loved him in “Sherlock”...does that make me a “Cumberbitch”? I don't know. Some would leave the “Cumber” part off, but I'll leave that to you to decide. Speaking of liking big butts-

This isn't an imitation of a person so much as a song parody. Richard Cheese does covers of popular rock and rap songs, but in a “lounge singer” kind of voice. Check out his versions of “Baby Got Back” and “Closer”, but don't listen to the last one at work. It's the same song mentioned in #3, so you can see why it wouldn't go over well.

I didn't realize Bradley Cooper was this talented with impressions, but he can do some good ones. The Christopher Walken he does second-to-last is hilarious, but I especially like his Bill Clinton. I can totally see him asking to be in an A-Team movie.

I mention this one because it shows more than one impression at a time. In this case, Darrell Hammond and Will Farrell. I have no idea what issue SNL has with Sean Connery, but he's a regular “contestant” who enjoys taunting Alex Trebek in ways that, in my opinion, are even funnier with the accent.

Reason #375 Why Maya Rudolph Rules. The Gwen Stefani impression is really good, but I think my favorites are the pictures. I've never heard of that “Old Booth” app before, but I've got to try it. I'd love to see how I look with a bouffant hairdo.

Rich Little was often referred to as “The Man of a Thousand Voices”. Watch this brief clip and you'll see why; he does so many spot-on impressions of presidents, talk show hosts and other celebrities that are just so funny and odd that you can't help but laugh. There's another clip of impressions from the Judy Garland show linked on the page that is audio-only. I think my all-time favorite is Andy Rooney. I always loved him anyway.

Here's another clip from the “Ellen” show. I had no idea that Rob Lowe was so good at impressions, but damn if that impression of Bill Cosby isn't perfect. Ditto Jack Nicholson. Hmm, good looking *and* funny. Total package.

As much as I love the ones of Clinton, “Bubba's” not the only ex-Pres people love to ape. Here's HLN's compilation of their five best Presidential impersonations, four of which were on Saturday Night Live. Dana Carvey's impression of George H. W. Bush is #1, but I think my favorite part is when the “copy-er” became the “copy-ee”. Say what you want about Bush - he's got a sense of humor.

I know I've left out some great celebrity impressions, but there are just too many to name. Which ones are your favorites? Which celebrities would you like to see imitated? As for the photo app in #8, are there any celebrities you'd like to “trade faces” with? Discuss!