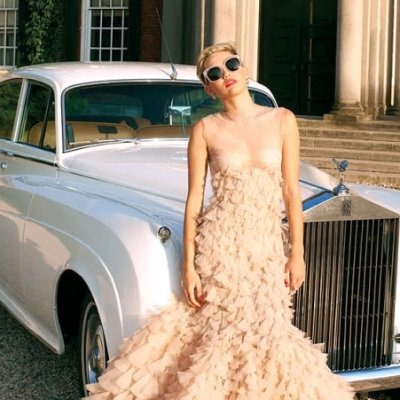 Love her or hate her, I bet you've been at least peripherally aware of all the Miley Cyrus scandals to date. I have to admit that I'm not a fan, but neither am I a hater – I'm just kind of ambivalent to her music and her antics. As a pop culture junkie, however, I'm always interested to see all the new Miley Cyrus scandals, not because I rejoice in her downfall but because the public's reactions are often so polarizing. Like any other girl coming into her own, sometimes Miley deserves to get chided, but many times it just seems so overdone on the part of the media. What do you think?

There have been many Miley Cyrus scandals, and many of the repercussions she faces may be deserved, but I don't think the Vanity Fair debacle was one of them. In 2008, when she was just 15, Miley graced the cover of the magazine, and the photos were pretty provocative. In fact, she was kind of naked. Here's the thing, though: she was 15. Her dad was there. She was horrified by the backlash, but I don't necessarily see this as her fault when, at that age, I'd imagine that other people were making choices for her.

Again in 2008, Miley and her friend Mandy made a YouTube video specifically designed to mock fellow Disney darlings and BFFs, Demi Lovato and Selena Gomez. Bad, bad move. Trying out for the role of Regina George is never a good look. This is no different, sadly, than the mean girl antics seen in every high school in the world, but it involved famous people publicly mocking famous people on a personal level, and it was just mean.

This actually involves many … many scandals. There was the beer thing, where an underage Miley got caught drinking beer while visiting Spain. She smoked Salvia. She got caught with what looked suspiciously like a bong. I am in no way advocating underage drinking or drug use, but it happens. It's a sad fact, but it happens every day. It's a Friday as I write this; it will happen tonight. Again, however, it happened to a famous person – and granted, you probably should never take photos of yourself doing things like this. Like, ever. Since then, of course, Miley's become very vocal about her partaking. Very, very vocal.

In 2010, video surfaced of Miley grinding her little heart out on an older guy – who turned out to be the director of The Last Song, Aaron Shankman. You know, the movie she starred in with one-time fiance Liam Hemsworth. Yeah. Spoiler alert: this will come up again. The grinding, I mean, not … not anything else. Anyway.

Fast forward to 2012, when Liam had a birthday! Guess what Miley got him? A ginormous penis cake, because that's what you do. She was photographed licking the cake, cutting the cake, and taking a big bite out of the … um, tip of the cake. Here's the thing, though: it's a birthday cake. It's a funny cake. I probably would've done this very same thing, but I'm not famous and nobody cares.

6. The Twerk Heard 'round the World

So, the VMAs. Miley performed with Robin Thicke. This whole era is actually a scandal, because she's gone on to do some very wacky things on stage. The thing is, these are things someone like Lady Gaga or Britney could probably get away with, in the name of performance art. Do I want to see it? No. Is it scandalous? Yeah. Is it an actual scandal? No. But back to the VMAs, Miley twerked all over Robin Thicke. She took grinding to a whole new level … and now Robin Thicke's split from his wife. Coincidence? Actually, yeah, I think he's got more marital problems than Miley's butt.

Finally, at a recent concert, Miley made a rather tasteless roofie joke, which took a very light view of date rape. Absolutely tasteless, I think we can all agree, and not something you ever want to say in public, but to play devil's advocate, we sometimes say truly tasteless things around our friends, right? I think Miley should absolutely be more thoughtful about what she says in public, but I also think she sees her concerts as this place where she's hanging out with friends. Plus, well, she's made a career out of sensationalist behavior. That's no excuse, but it's something of an explanation.

Admittedly, some of these are a bit heinous. However, I would wager that many girls make bad choices; they just don't get publicized. What do you think of Miley's behavior, in general? Do you think she's going through growing pains and deserves a pass, or do you believe it's time she became more conscious of her public image?