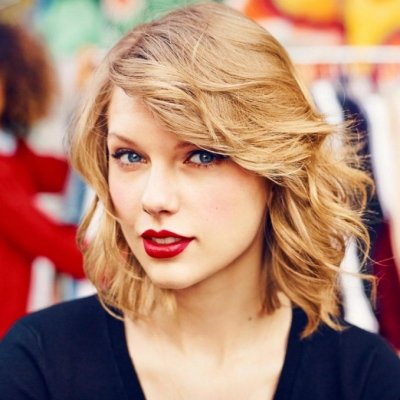 If you're hooked on Twitter like I am, there's a good chance that you're already following these celebrities. Their number of followers is growing everyday, along with their popularity. These are the most-followed celebrities on Twitter:

With over 62.9 million followers, Katy Perry is the most-followed celebrities on Twitter! She's constantly posting fun and exclusive photos, interacting with her KatyCats and just generally being awesome. Did you know that Katy also had the most-watched music video of 2014? Pretty impressive!

Second on the list is Justin Bieber! With 58.9 million followers, his Beliebers stand behind him no matter what. Did you know that Justin's promised a new album out later this year? That means there's a very good chance that his followers count will rise this year!

Yup, the President of the United States is the third most-followed celebrity on Twitter! I don't think he has much time to interact with his followers but he's got over 52.6 million of them! Are you one of them? You can follow him on @BarackObama.

Is it any surprise that Taylor Swift has 50.1 million followers? She's one of the biggest superstars and if you're not following her on Twitter, you should be! You can find her on @TaylorSwift13, where she's always posting photos, covers that she's obsessed with and more. It's always fun to see what she tweets!

It might sound weird, but YouTube is actually the fifth most-followed account on Twitter! They've got 47.9 million followers and are constantly tweeting and re-tweeting the most popular videos. They keep fans in touch with popular YouTubers and make sure they're always up to date!

Are you one of Lady Gaga's 43.4 million 'monsters' that follow her on Twitter? She's the sixth most-followed celebrity account! She's also one of the most interactive celebrities on there; she tries her best to keep in touch with her fans and make everybody feel connected to her.

It's Britney, b*tch! The popstar has over 40.2 million followers and that number's growing higher each and every day. Britney always tries to interact with fans and keep them all updated on what's going on in her career. Do you follow @BritneySpears?

Not following @JTimberlake on Twitter? You're doing it wrong. He's got 40 million followers and it's easy to see why! He's always interacting with his fans and being the suave gentleman we all know him to be.

It's no surprise that Rihanna made the list of most-followed celebrities on Twitter. She's got quite the loyal fan base, racking up 38.7 million followers! She's constantly thanking fans for the unwavering support, tweeting fun photos and gaining more and more followers each day. Follow her on @Rihanna.

If you don't follow @TheEllenShow on Twitter, you're missing out! You already know how hilarious she is and her tweets are just as funny. She always sharing exclusive content from the show, silly selfies, and a whole bunch of fun facts! Ellen's the tenth most-followed Twitter user, with a total of 37.3 million followers!

Well, there you have it! These are the ten most-followed celebrities on twitter! Are you following any of them?