7 Tenacious Rumors about the Kardashians ... 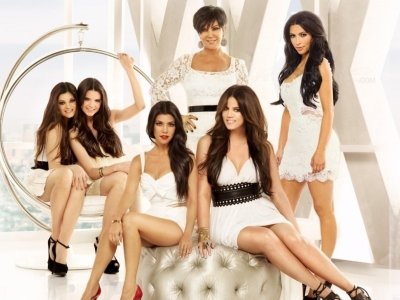 There are so many rumors about the Kardashians, and more of them pop up every day. I'm not necessarily a fan of the entire family, although I will admit to loving Khloe without reservation and appreciating the independent streak I see in the young Jenner sisters. Still, the whole crew is kind of a trainwreck; it's hard to stop watching, especially when they're plastered all over every magazine, gossip show, and celebrity blog in the world. Some rumors about the Kardashians are more tenacious and ridiculous than others, though. Want to see what they are?

I have a problem with this rumor for any number of reasons, but to start with, if Bruce Jenner is transgender, shouldn't he be allowed to come to terms with it and announce it himself? Besides, this has been plaguing him for years. I know he's not a Kardashian, but he's part of the crew, the family, the clan (klan? Why do they have to start everything with “k”?). Recent surgery to shave his adam's apple and an attempt to grow out his hair have contributed to the resurgence of this speculation, which is just one of many rumors about the Kardashians.

Who is Khloe's father? Rumors about this subject aren't going anywhere. Whether it's fan speculation or accusations from Robert Kardashian's widow, everyone keeps saying that Kris messed around and Khloe is not Robert's daughter. I can't imagine how much that hurts. Whether it's true or not, hearing it time and time again has to do something to your very heart. One of the biggest suspects? OJ Simpson.

It doesn't matter than she took X-rays to prove that her not inconsiderable derriere is real, Kim's butt is always the subject of rumor. Oh, plastic surgery accusations follow her all over the place, but the idea that her butt is fake is most pervasive. Is it? Having never seen or felt it myself, I've got no place to say. But honestly, I'd wager it's natural, if only because it looks like she's had it since birth, or at least puberty. Then again, since her mother allegedly let a very young Khloe know she needed a nose job, that's not saying much.

Which brings us to Kris herself. She's always a hot button topic, so I'm not even going to get into all the reasons she makes me seethe. However, I will say that one tenacious rumor involves her abusive actions toward her children, from emotional to physical abuse. True or not? I really wouldn't even want to guess but since, again, a lot of this allegedly came from Robert Kardashian, secondhand through Ellen Kardashian, I take it with a grain of salt.

To be fair, this one's not precisely a rumor, but it does rear its ugly head quite often. Both Khloe and Kourtney Kardashian, but the former especially, tell Kris straight to her face that they know Kim's her favorite. Khloe puts it right out there by calling Kim their momager's meal ticket, the goose who laid the golden egg. If I'm not much mistaken, I think Kris has agreed, albeit jokingly – but it always struck me that she was joking in the way people do when they're not really joking at all. There's some definite preferential treatment going on, though.

Again, this isn't about the Kardashians themselves, but Kanye's pretty much an official Kardashian now, though one hopes he continues making only the briefest appearances on the trainwreck reality show. Let's make this a two-fer, shall we? Rumors also abound concerning Kim's wedding, which certainly was a sham. However, people speculate that it was solely for ratings and that both Kim and Kris Humphries knew it was a farce. Piggybacking on that, people now say that Kanye is Kim's own meal ticket, or at least that she's playing his beard, because rumors about the rapper's sexuality just won't die. Again, this one strikes me as particularly unfair, simply because if he is, then guess what? He'll come out when he's ready.

Oh yes. Arguably the thing that catapulted this family to fame, Kim's sex tape with Ray J is still a hotly debated item. Why? Because lots of people still believe it was entirely fake. Kim expresses remorse, but there's no denying the part the filmed moments played in getting her to where she is now. Worse, even former husband Kris Humphries believed that Kris Jenner was the driving force behind it. Um, ew. Most of the theorists who follow this line of thinking also believe that Paris Hilton gave Kim (and maybe her mom) the idea. Again, ew.

As long as they're in the spotlight, there will be rumors about the Kardashians. Between you and me, I think some of them (ahem, Kim, Kris) like it that way. It keeps them relevant, which makes them richer. Is that cynical? But tell me, what's the most ridiculous rumor you've ever heard about the Kardashians – or any other celebrity, for that matter?