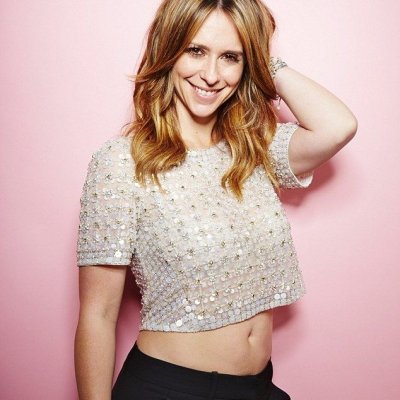 You know how Hollywood treats the idea of aging and getting older, right? It's not allowed, especially if you're a woman. You get older and Hollywood decides you're no longer hot or sexy or even worthy of recognition. That's bollocks. It ignores the fact that there are plenty of celebrities who get better with age, just like fine wine. For instance, here's a throwback treat for all my '90s kids – these stars were hotter than hot back then, and they're even hotter now.

Jennifer Love Hewitt defies the laws of aging. She looks even better now than she did during her “Party of Five” days!

She's come so far from Corrina, Corrina! I miss her on “Grey's Anatomy,” too – Brooks was my kind of intern.

John Stamos was hot in the '90s. I mean, he was ridiculously hot. Everyone had the fever for Uncle Jesse. Now that he's minus the mullet and back in the Tanner household, he's making a whole new generation fall for his charms.

Alicia Silverstone does weird things, but I still love her without reservation. As adorable as she was in Clueless, Cher's all grown up and still stunningly beautiful.

What a transformation! From Spice Girl to chic fashionista, she's barely recognizable from her girl group days.

Christina Applegate is amazing. Part of her beauty now is due to her experiences and everything she's gone through. She's a survivor and that's always beautiful.

I love Mae so much! She got on my damn nerves in the movie Hope Floats, I admit it, but I love seeing the woman she's become – she's so talented!

I swear, there must be something in that “Full House” water.

I knew Anna was going to grow up into a stunning woman the first time I saw her in My Girl. Those eyes, those lips, that smile!

Ryan is FIRE, and I say that as someone who is still hopelessly in love with Cruel Intentions era Ryan.

Katie has been through so much. Imagine, having to deal with Dawson and Tom Cruise in the same lifetime.

Brandy is breathtaking – always has been, always will be.

And Sarah? Sarah is never going to look her age. I think it's because she always looks so happy and completely fulfilled.

Danica is wicked smart, but I still hold a grudge against her on behalf of Kevin Arnold.

This isn't funny. Full disclosure, I asked Heather to choose my last celeb and she picked Kirsten Dunst knowing full well that I have a hateboner for Kirsten Dunst, so whatever, she aged well. So did her teeth.

Tell me, stalkers, who are your picks? Do you love any celebs who look better now than they did when they were younger?