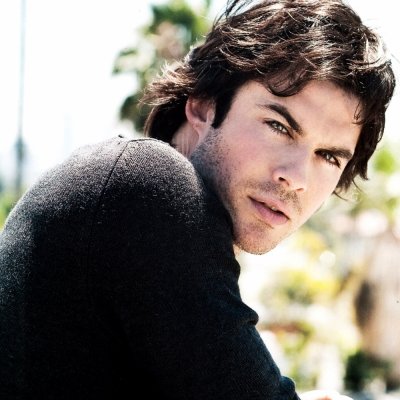 Kate Upton has graced the covers of many magazines, including the coveted cover of the Sports Illustrated Swimsuit Issue back in 2012 and 2013. She's had a few minor acting roles with "Tower Heist" and "The Three Stooges," but it wasn't until earlier this year that Upton received major attention for her acting. She starred alongside Cameron Diaz and Leslie Mann in the hilarious movie, The Other Woman. She's just one of many celebrities who went from modeling to acting!

Yup, Kate Upton's "The Other Woman" co-star is another actress who started off as a model! Diaz signed with Elite Model Management at the young age of 16 and covered an issue of Seventeen the very next year. She went on to model for Calvin Klein and Levis before landing her debut role in 1994's "The Mask." She's made a name for herself as a movie star with movies like “Charlie's Angels” and “Being John Malkovich.”

Before getting his feature debut in Marie Antoinette, Jamie Dornan modeled for Calvin Klein, Armani and Dior. The model has had many minor roles, including a role in ABC's hit show, Once Upon A Time. Now, he's slated to dominate the big screen in the highly-anticpated film adaptation of E.L James' Fifty Shades of Grey. I'm sure this role will lead to MANY more acting opportunities!

In 2009, Rosie became a Victoria Secret Angel. She's modeled for the brand and after working with director Michael Bay on a Christmas commercial, he tapped her to replace Megan Fox in the third "Transformers" movie, "Dark of the Moon."

It's no surprise that Ashton started off his Hollywood career as a model. I mean, the man is GORGEOUS! Kutcher appeared in ads for Calvin Klein and walked the runways of Milan and Paris before making his acting debut on "That '70s Show". In 2000, Kutcher made his feature debut in "Dude, Where's My Car?" and has definitely made a name for himself as a movie star. Fun fact: In 1997, Ashton Kutcher lost out as Male Model of the Year in the International Modeling and Talent Associations to fellow model-turned-actor, Josh Duhamel!

The Sports Illustrated Swimsuit model has also modeled for The Gap and Victoria's Secret. Decker made her acting debut in the 2011 comedy "Just Go With It," alongside Adam Sandler. She's followed up that role with the films "What to Expect When You're Expecting" and "Battleship."

Today, Ian Somerhalder makes us all swoon in The CW's "The Vampire Diaries," but did you know that he's been in the spotlight since he was 17? When he was young, he'd been posing for the likes of Versace and Nautica. Pretty impressive, huh? Ian had been acting for several years before he landed his breakout role as Boone on the hit show "Lost."

Well, there you have it. These are only seven (of many) celebrities who went from modeling to acting! Who do you think has the best acting career now? Can you think of any other model-turned-actors?