13 Celebrities with Body Deformities That Will Shock You ...

Actresses, singers and models are considered some the most beautiful people in the world, but there are celebrities with body deformities that might surprise you. Isn't it kind of nice to know that some of the biggest stars weren't born perfect? But of course there's really nothing wrong with having a unique physical flaw—it just adds character. Here's a look at the celebrities with body deformities that give them lots of extra character:

When it comes to celebrities with body deformities, there's one slight physical defect that seems to be more common than others: the extra nipple. Lily Allen is one member of the supernumerary nipple club, and she's so proud of her extra appendage that she actually showed it off on TV. Actress Tilda Swinton also loves her extra nipple and says that she used to threaten her brothers with it (WTF?). When it comes to male celebs, Mark Wahlberg has embraced having a third nipple, but he can't beat One Direction singer Harry Styles—the British boy band star has a total of four nipples! Carrie Underwood is one of the few celebs to have a third nipple removed, but maybe she and "Friends" character Chandler wouldn't have felt so self-conscious about their "nubbins" if they'd known how common they are.

This Bond girl's physical defect could have earned her a role in an X-Men movie—the gorgeous star was born with six fingers on both of her hands! This condition is called polydactyly, and it affects about one in a thousand children. The extra digits are harmless if they're left alone, but doctors have a somewhat creepy way of getting rid of them. They tie off the tiny extra fingers, which cuts off their blood supply. The fingers then die and eventually fall off. They can also be surgically removed, but the tie-off method was used to get rid of Gemma's extra fingers when she was just a baby.

CyranoSCW one of my best friends was born with six fingers. ... 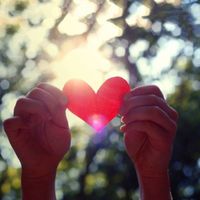 How to read a man 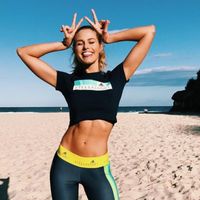 7 Basic Moves Every Fitness Beginner Should Learn for Starting Their Journey ...

Gemma isn't the only stunning star who was born with unique hands. This brunette beauty has what some have dubbed "toe thumbs," which are stubby, squat thumbs that somewhat resemble big toes. However, they're more commonly referred to as "clubbed thumbs," and the clinical name for the condition is brachydactyly type D. Fortune tellers have also dubbed the condition "murderer's thumb," which explains Megan's creepy role in "Jennifer's Body." Some people might say that Megan's bulbous thumbs detract from her looks, but I actually think that they're kind of cute.

This blonde beauty suffers from a physical defect that's actually pretty awesome—her eyes are different colors! The condition known as heterochromia left Kate with a right eye that is hazel and a left eye that is blue. It also gave the model/actress one of the most interesting faces to plaster on the front of magazine covers. Mila Kunis is another stunning star with mismatched eyes, but she wasn't born with a brown eye and green eye—one of her eyes changed colors because of a condition known as chronic iritis. Mila was blind in one eye for years and suffered a cataract before finally having surgery to save her sight.

It's a good thing that belly button rings aren't in—this Victoria's Secret model would have no place to put hers. We know that lingerie models are required to look more Barbie-doll like than average women, but hopefully Karolina's belly button-less bod doesn't spark a strange new runway trend. Karolina's missing belly button is actually the result of an operation that she had when she was just a baby, so it might be difficult for Victoria's Secret to find more models like her. Not everyone sees her ultra-smooth belly as being a desirable look—she often gets a belly button photoshopped onto her bod. Karolina hasn't said what she had surgery for when she was a baby, but it's possible that she suffered an umbilical hernia that had to be fixed.

This lovely lady seems to suffer from a crazy-looking crossover toe. Garner's pinky toe has been photographed overlapping the toe next to it, which seems like a painful position for her tiniest piggy to be in. Crossover toes can be caused by wearing certain types of shoes, so Jen's gnarly foot is probably the result of too many walks down the red carpet. However, maybe keeping those toes crossed is good luck—her hubby Ben Affleck did win the highly-coveted role of the next Batman. Unfortunately, this means that Jen is going to have to squeeze those twisted tootsies into more stilettos so that she can support the new Dark Knight at movie premieres and other events.

Ke$ha calls her fans "animals," so it seems kind of fitting that she was born with a tail. According to the wacky singer, she entered the world with a tiny tail-like appendage that was about a quarter of an inch long, and she was actually sad that the tail was chopped off. This isn't surprising when you consider all the crazy things that Ke$ha has said and done in the past—she's claimed that her vagina is haunted by a ghost; she's gulped down her own urine; and she's made jewelry and clothing out of her fans' teeth. But back to that tail. Human embryos have prenatal tails that eventually get dissolved by white blood cells, but a few lucky babies are born with these little tails intact. Spina bifida is also associated with tail-like appendages.

Due a car accident when she was a teenager, Padma Lakshmi is left with a large and very visible scar on her arm. In the accident, her arm was completely shattered, but was salvaged, though the evidence of the event is clear to anyone who sees her bare arm. She isn't afraid to let others see it, though, since many publicity photos are taken when Lakshmi is sporting a tank top or short sleeved shirt. So for anyone out there with a scar, show it off proudly - it doesn't detract from Padma's beauty and it won't from yours either.

Photographs of this beautiful and well-liked actress show evidence that she has a sixth toe on one foot. Obviously, she can keep it under wraps if she chooses, but when she goes out in flip flops or sandals, there is a small nub that appears to be an extra toe coming after her pinkie toe. This might be more common than you think because Halle Berry has a similar condition that has been caught in photographs. If these two beauties can rock their extra toe, I say anyone can!

This actor was actually born with his scar. The condition is called microform cleft and is a milder version of the well known condition, cleft lip. Many people assume his scar is a result of corrective surgery, but because it formed in utero, it was already there when he was born. I'm not the only one who thinks this guy is still super handsome, which just goes to show that scars make a man more desirable because they tell a life story.

Take a look at Denzel Washington's hands next time you get the chance. When this actor was a child he broke his pinkie finger playing basketball. No doubt he kept playing instead of getting help because his pinkie finger bends at a 45-degree angle to this day. The injury wasn't set properly, which is why he has this deformity. My advice - admire his acting abilities and good looks, but make sure you get medical attention if you break your finger.

He's arguably one of the best looking actors in Hollywood, but that doesn't make him perfect. He's got a condition called syndactyly, which to the lay person is known as webbed toes. That's right - he has webbing between his toes that extends upward. Maybe that makes him a really good swimmer, but he's definitely not afraid to show off his strange deformity.

Is she a monkey or a human? Woodley has revealed that she has prehensile hands and feet. That means she can spread them wider and manipulate them in ways that the average person can't. She can use her feet similarly to how we use our hands, even commenting that she can hold hands with people, but with her foot and their hand.

So maybe being born with a physical defect isn't such a bad thing. The stars listed above were all born with unique traits, and perhaps their uniqueness played into their decisions to pursue careers that would make them stand out from the crowd even more. I actually think that all of their physical deformities are fascinating rather than freakish. Do you agree?

This article written in collaboration with editor, Eliza Martinez

love
How to read a man
health
7 Soothing Tactics for Handling a Heavy Workload ...
books
7 Great Reasons to Read a Little Each Day ...
jewelry
43 Killer Pieces of Skull Jewelry to Indulge Your Rock and Roll Side ...
fitness
7 Basic Moves Every Fitness Beginner Should Learn for Starting Their Journey ...

What nuts lower blood pressure ...
How to avoid eyeshadow creasing ...
What happens when you eat too much cheese ...
How to stop being horrible ...
Why do guys make fun of you ...
Spirulina is a rich source of ...
Organic food why reading answer ...
How long can you eat expired yogurt ...
What is the hardest dish to make in the world ...
How to make cellulite less visible ...