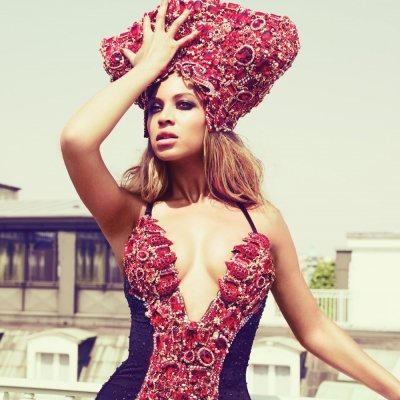 Surprisingly, there are so many celebs who went from singing to acting. I think it's really cool to see people venture out into new projects and these celebs have definitely proven that they can excel at anything they set their mind to. Who said you can't have it all, right? Here are some celebs who went from singing to acting and were absolutely great at it:

Christina Aguilera made her feature film debut in Burlesque, one of my all-time favorite movies. I love that she got to show off her vocals (quite fabulously) in this film as well! She was also joined by music legend Cher. Both singers could easily become movie stars! This is just one example of celebs who went from singing to acting.

Katharine McPhee's been on TV so much that people sometimes forget that she came from American Idol! From appearances on CSI: NY, Community, and Family Guy, Katharine's definitely made her mark in acting. I was obsessed with her NBC show Smash and was devastated when it was canceled! However, now you can see Katharine every Monday night on CBS's Scorpion!

It seems as though Maroon 5's frontman Adam Levine can really do it all. Not only is he a successful singer, he's also got some serious acting skills. Adam was in American Horror Story back in 2012 and even starred in the indie film Begin Again alongside Keira Knightley, Mark Ruffalo, and Hailee Steinfeld.

Although it seems like Jessica isn't doing much of either nowadays, she definitely had a career in both music and movies. She made her acting debut in That '70s Show and went on to star in The Dukes Of Hazzard, Employee of the Month, and more.

Mariah can do it all! While Glitter had mixed reviews, everyone can agree that she gave a powerful performance in 2009's Precious.

Beyonce's actually had a few acting roles but we can't talk about Beyonce acting without talking about Dreamgirls, right? It's undoubtedly her best performance. Her other credits include movies like Obsessed, Austin Powers in Goldmember, The Pink Panther, and more.

Jennifer has starred in some of my favorite movies! The talented singer starred in Maid in Manhattan (total classic, right?!), Enough, and fan-favorite, Monster-In-Law.

Country superstar Tim McGraw proved that he's got what it takes to be one of the biggest country stars and an accomplished actor at the same time. He's had a few roles but my favorites were definitely his roles in The Blind Side and Country Strong.

Eminem made his acting debut in 8 Mile, an autobiographical film. He's not the only rapper to have hit the big screen! 50 Cent (Get Rich or Die Tryin'), T.I (ATL), Ludacris (The Fast & The Furious), Bow Wow (Lottery Ticket), and Ice Cube (21 Jump Street) also found success in acting.

Mandy Moore is one of my favorite actresses! She made her film debut in The Princess Diaries and starred in Saved!, A Walk to Remember (ugh, the feels), and was the lead role in Disney's 2010 Rapunzel update Tangled, a movie I STILL watch.

American Idol's Jennifer Hudson starred alongside Beyonce in Dreamgirls, her film debut, and went on to win the Academy Award for Best Supporting Actress. Impressive, right? She followed up that role with a supporting role in Sex and the City and a lead role in The Secret Life of Bees.

Whether he's on stage or on the silver screen, J.T. is always a sight to see. He's starred in dark films like Alpha Dog and Southland Tales but then added comedy to his roster with the hit movies Bad Teacher and Friends with Benefits, with Mila Kunis.

During his prime, The King of Rock and Roll was everywhere. Love Me Tender, the first of his 33 films, made him an even bigger star than he already was when it was released in 1956.

Well, there you have it. These are just 13 (out of many) musicians who transitioned their talents to the big screen. It's awesome how a lot of these people managed to have successful careers in both industries. Which musician do you think had the best acting career?