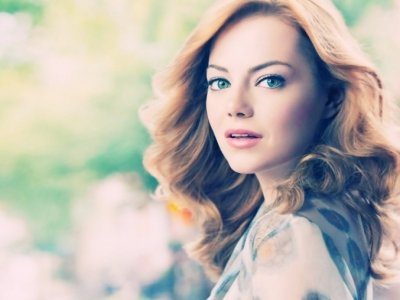 How awesome is this video? I love watching voice-over sessions because you get to really see the actor become the character. Selena really did an awesome job! This movie was adorable, and her voice fits the character perfectly. After I found out she was the voice, I started picturing her saying everything! Am I the only one who does that? The list of surprising celebs who are voice actors just gets better!

I took my niece to go watch this movie and I think I loved it more than she did (oops). It was such a funny and moving story. Emma Stone was great in it. I really didn't even recognize her voice as the daughter. P.S other big celebs starred in this movie, like Ryan Reynolds and Nicholas Cage. Crazy, huh?

Ok, this is easily one of my favorite movies. Tangled is such a beautiful, heart-felt movie. I love the modern take on Rapunzel! Mandy Moore is fantastic in it. I love love love when she sings the song, "I See The Light." It's my favorite part of the film. Am I too old to love this movie? Sigh, probably.

4 Jay Baruchel (How to Train Your Dragon)

Honestly, I feel like Jay Baruchel can do wrong. He's absolutely incredible in everything that he's in. In "How To Train Your Dragon," Jay did an awesome job voicing Hiccup because he said he related so well to the character. To be honest, they even sort of look alike. I think that's so cool! He really brings Hiccup to life.

To be honest, this movie has some of the best voice actors. I mean, Steve Carell, Jason Segel, Russell Brand, etc. It's incredible. Who surprised me the most though was Miranda Cosgrove, just because I never really expected to see her in voice-acting. She did an awesome job though. Kudos to you, Miranda! The movie and the sequel are fantastic.

Who wouldn't be able to recognize Zac's cute voice? I absolutely love the work he did in The Lorax. The movie is downright hilarious with a very touching story. I really hope Zac goes into more voice-acting because I think he's really good at it. Don't you agree? Oh, and the movie also includes the incredible voices of Betty White and Taylor Swift!

7 Anna Faris (Cloudy with a Chance of Meatballs)

This movie is too cute. Anna Faris is pretty amazing in it. I love that she was so passionate about the movie and that's why she was into giving an awesome performance. I think she nailed it! She should definitely consider doing more voice acting!

There you have it! These celebs all double as voice actors! Pretty amazing, huh? There are, of course, so many more out there. But like I said, these are just 7 of my personal favorites. Who surprised you the most?