7 Celebrities Who Are Neighbors in Real Life ...

The first on the list of celebrities who are neighbors are Katie Holmes and Nick Jonas. After Katie split from Tom Cruise, she moved into Manhattan’s Chelsea neighborhood, which so happens to be the location of the home of one third of the Jonas Brothers. We wonder if Katie is as excited as her daughter Suri to live next door to a Disney star.

These two Oscar winners really know how to pick a spot because they both purchased pads in the River Lofts in NYC’s Tribeca neighborhood. As for their relationship, there really doesn’t seem to be any discomfort between the two, so we assume Meryl Streep and Gwyneth Paltrow respect each other’s personal space. 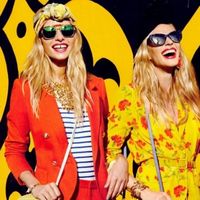 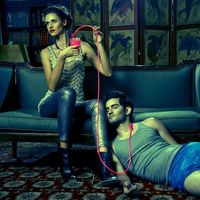 10 Tips to Help You Forgive Someone Who Has Hurt You ...

With his partying tendencies, I don’t know how I would feel living right next to Justin Bieber. However it seems like Kristen Bell finds it somewhat bearable! While she definitely noticed the increase in music, parties and paparazzi since Bieber moved into the Hollywood Hills home, she doesn’t blame him for all of the disturbances.

Interesting how the two people who are a pretty big deal in the fashion industry ended up living in the same building! The two both own lofts in 55 Central Park West in New York City. Is there a possible collaboration in their near future or are they keeping things casual?

The two young starlets may be one of the friendliest neighbor relationships on this list! The two seem like they share a close bond and enjoy living right next to each other even though they might be travelling more than not. Miley Cyrus has actually written a song for her neighbors and Arianna Grande publicly sent a hang out invitation!

Back in 2011, Drew Barrymore purchased a luxury mansion worth $7 million in the same neighborhood as Oprah Winfrey. They both live in the scenic beach town of Montecito, which is one of the wealthiest neighborhoods in America! A list of celebrities who share the same zip code includes John Cleese, Billy Baldwin and Rob Lowe.

7 Tom Cruise and the Beckhams

When David Beckham signed with the LA Galaxy soccer team, he and his family packed their things and settled in Beverly Hills, California right next to their family friends Tom Cruise and Katie Holmes, who were still together at the time. The two families bonded so well that Tom and Katie threw a lavish welcoming party for their new neighbors.

Many celebrities seem to live in the same area as they have more privacy than they would have otherwise. This forms celebrity hot spots in some of the most luxurious areas! Which stars would you want to be neighbors with?