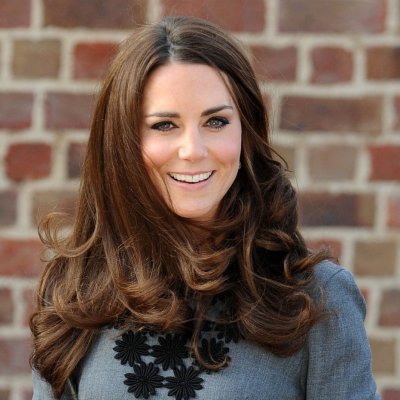 Catherine “Kate” Middleton, Duchess of Cambridge was born on January 9 1982 in Reading, England.

From rather more humbling beginnings, Kate Middleton has, over the last thirteen years since their early dating at university, become a world known figure for her relationship and subsequent marriage to Prince William, son of Prince Charles, grandson of Queen Elizabeth II and heir to the throne of England! In an interestingly fated coincidence, Kate was born in the ‘Royal’ Berkshire Hospital to Michael and Carol Middleton, former British Airways workers who had founded a successful party supplies company.

After a brief break up in April of 2007, Kate and William reconciled, and three years later in 2010, the couple became engaged while on a 10-day trip to the Lew Wildlife Conservancy in Kenya, Africa. Kate was given the engagement ring that had been worn by William’s late mother, Princess Diana, and the pair were married in Westminster Abbey on April 29, 2011 in what was a worldwide event watched by more than 300 million television viewers. Kate and William have since had two children, first Prince George Louis Alexander born on July 22 2013, and then Princess Charlotte Elizabeth Diana born on May 2 2015.

Kate has also become something of fashion icon, having been a constant fixture on numerous best dressed lists across multiple fashion publications. Her style is relatable and accessible to us common folk, and her love of high street fashion has led to certain garments selling out seconds after she has been photographed wearing them.

Well, not so much trivia as media speculation. Various British publications are abuzz this week with a story first published in a US magazine that Kate is pregnant again! The royal couple have always said they want a large family so is a royal baby on the cards for 2016?

Happy Birthday to you too, if you were born on January 9th. Here’s who else you share your birthday with: