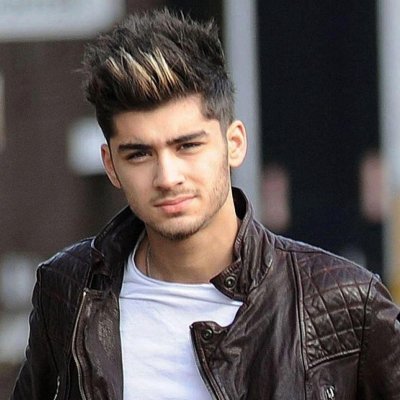 Zayn Malik was born on January 12 1993 in Bradford, England.

It would be fair to say that as of this moment in time, Zayn Malik is one of the most famous young celebrities in the world. Malik first rose to fame as part of the boy band One Direction on the 2010 series of the UK hit talent competition The X Factor.

Originally auditioning as a solo act, Zayn sang a cover of Mario’s hit Let Me Love You, and while he and his four other eventual band members did not do enough to get through on their own, Simon Cowell saw the potential that each boy had and put them together as a vocal group who progressed to the live shows. One Direction finished in third place on their X Factor journey, but it would be fair to say that no act to come out of the UK version of the show has experienced as much success as they have since, with worldwide fame and adoration from millions of fans.

Zayn was the subject of many headlines in 2015 when news broke that he had decided to leave the group, and not long after this news, came the news that his long-term engagement to Little Mix singer Perri Edwards had been called off. With the promise of solo music to be released and a burgeoning romance with fashion model Gigi Hadid, 2016 looks set to be another exciting career both in the professional and personal life of the English music star.

Happy Birthday to you too, if you were born on January 11th. Here’s who else you share your birthday with: